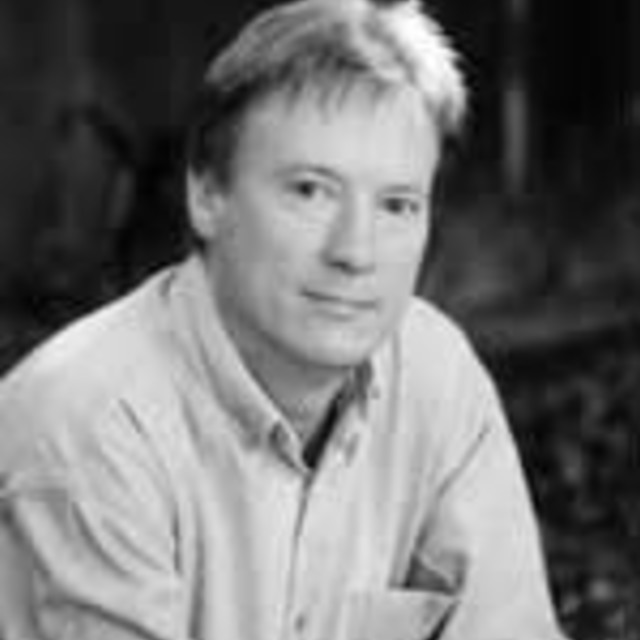 John Elmsly was born in Auckland on 1 July 1952. A childhood which included a dozen or so primary schools in Auckland, Melbourne, Blenheim, and the Hutt Valley managed to include music study on the piano with James Noice but his serious composing began at secondary school, with much encouragement from Laughton Pattrick (then HOD Music at Upper Hutt College). The major part of this was five years of participation in the creation of school musicals and other works for school orchestras and choirs. Later theatrical work included incidental music for a production of The Royal Pardon performed by the Heretaunga Players and later Unity Theatre in Wellington.

At Victoria University study in science (with a major in mathematics) was gradually replaced by music study, including piano performance study with Barry Margan who was then widely known for his touring with Music Players 70 and similar groups, and composition study with David Farquhar. Significant performances took place at the summer schools of Cambridge and Kerikeri. His study at VUW with such vital lecturers as Jenny McLeod, Margaret Nielsen, Gordon Burt and Ross Harris was vital in forming his deep and lasting interest in contemporary music and its composition. First work with electronic music was undertaken with Douglas Lilburn in 1975. The same year he took up a Belgian postgraduate scholarship and began study at the Muziekconservatorium van Brussel, taking a First Prize in Composition in 1977, and undertaking further study with Frederic Rzewski, Henri Pousseur and Philippe Boesmans in Liège. Throughout the period in Belgium he was also carrying out electroacoustic composition at the studios of IPEM in Ghent, under the mentorship of Lucien Goethals. Several pieces produced there were broadcast by BRT3.

Part-time teaching and composing in London was to follow, including classroom teaching in various inner city schools and a year running the music department at Queens College. In 1983 undertook a film music summer course at Dartington with Richard Rodney Bennett and Robert Saxton, and returned permanently to NZ to take up a teaching position at the University of Auckland in 1984.

An early Auckland performance was the Passacaglia of which William Dart wrote in ‘The Listener’: ‘to appreciate the calligraphic neatness and precision of Elmsly’s written score is to understand the nature of the music itself. The lucidity never wavers: all contours are perfectly gauged. There is a wealth of characteristic ideas that register vividly on first hearing, from the trills and glissandi of the first bars through the ‘alla chitarra’ section of pizzicato strings to a persistent repeated note motive for the pianist….in the central Fugue,…one is easily beguiled by the stealth and subtlety with which the cool four-part texture is built up and sustained’.

In his thirty years at the University of Auckland (1984-2014) performance was also part of John’s work: he conducted the premiere of Gillian Whitehead’s The Pirate Moon and two NZ performances of Out of this Nettle Danger, and many other NZ composers featured in the regular programmes, often broadcast, of the Karlheinz Company. He has also performed frequently as pianist, harpsichordist, synthesist, flautist, and baroque flautist, and conducted various groups including the Ensemble Philharmonia and St Matthews Chamber Orchestra.

In 2014 he retired from the University of Auckland School of Music as Associate-Professor and head of composition, director of the Karlheinz Company contemporary music ensemble (which he has conducted in many broadcast recitals as well as performing on piano, synthesiser and flute) and director of the electronic music studio. He was the Acting-Dean of Faculty of Music 1997; Assistant-Dean, Faculty of Arts 1999; Acting Head of School of Music, 2000. Since 2014 he has been an Honorary Associate-Professor of the School of Music.

Gestauqua (for brass quintet and tape) represented NZ at the 1990 Paris Rostrum, and in 1992 Elmsly won the Philip Neill Memorial Prize from the University of Otago. He was President of Composers' Association of NZ from 1996 to 1999; Committee member from 1995 to 2012; and elected to the Executive Committee of Asian Composers' League from 1997 to 2002. In 2014 he was awarded the CANZ Citation for services to New Zealand music.

From 2015 to 2016 he was Jack Richards /Creative New Zealand Composer-in-residence at the New Zealand School of Music, and he was Composer in residence for Orchestra Wellington in 2017.

His music has been performed in concerts and festivals in Argentina, Austria, Australia, Belgium, Brazil, Canada, China, France, Germany, Japan, Korea, the Netherlands, Philippines, Spain, Thailand, US, UK. Works appear on a number of CDs, some appearing in the Naxos Music Library. Recently Rattle released his String Quartet in Three Movements performed by the Jade Quartet, and Naxos released his Suite for solo guitar on a CD of NZ guitar music by Gunter Herbig.

for flute/piccolo and electronic sounds

for flute, recorder and piano

After Death and the Maiden

As Time Goes By

for flute, 2 clarinets and 2 bassoons, 5m

At the water's edge

Calls from the Ark (bassoon version)

for cello and piano, 24m

for cello and orchestra, 22m

for cello and piano, 18m

for soprano and three clarinets, 10m

for alto flute and electronics, 11m

for clarinet and tape, 14m

for timpani and tape, 11m

for baritone voice and clarinet, 4m

for brass and percussion

for brass quintet and tape, 9m

Go Gently into the Good Night

for basson and live electronics

Jack Jumps Back in Years

for horn and piano, 6m

for recorder and electronic processing

for flute and percussion, 8m

Neither from nor Towards

Noah and the Weather Office

for soprano and piano, 13m

for saxophone (soprano and alto played simultaneously by one player)

One Too Exciting Night

for viola and percussion

for brass ensemble and percussion, 5m

for melody instrument and piano

for trombone and electronic sounds

for flute and orchestra, 11m

for orchestra with concertino of clarinet, cello and piano

for solo clarinet, cello and piano with ensemble

for choir and chamber orchestra, 5m

for flute and guitar, 2m

for mezzo-soprano and trombone, 18m

for recorder, piano and electronics

for alto saxophone and piano, 10m

for flute and piano, 6m

Songs from "The Treehouse"

Stay radiant: the singing will never be done

for three trumpets and gongs

for baroque flute and tape, 14m

for piano and whistle

The Voice of Experience

for piano and soundscape, 3m

for trumpet and tape, 10m

Weep not for me

for baroque flute and electronic sounds

for spoken voice and orchestra

for flute, oboe, clarinet and bassoon