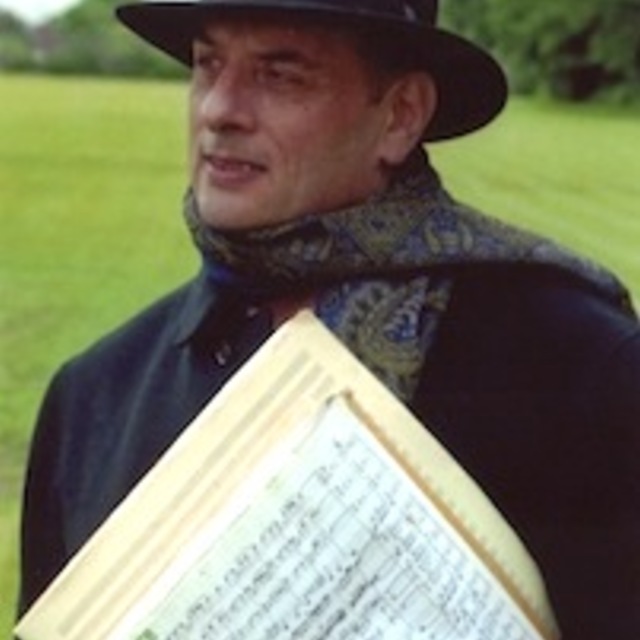 While still in his teens Denis Betro travelled from New Zealand to the UK to study music at the Royal College of Music. He supported himself in this endeavor by busking on the streets of London for two years. He went on to master orchestration and had his first piece, Concerto for Electric Guitar, performed with the Kensington Symphony Orchestra, performing the solo himself.

In 1989 he founded Orchestra of the Twentieth Century, a fully professional body that gave its first performance at the Mermaid Theatre, London. Betro’s Symphony No 1 was given its first performance at this concert conducted by Lionel Friend. With a background playing in rock bands, Symphony No 1, incorporated melodic ideas from Betro’s former groups and developed them for this new context.

In 1999 Betro was appointed Composer in Residence for the Oxford Orchestra da Camera. His association with them produced three world-premières of major orchestral works in 1999, 2000 and 2001, with Benjamin Zander conducting one of them, Back at Charlie’s House, eleven times during a European tour by the orchestra. This work, the title being an acronym for Bach, was commissioned to celebrate the 250th anniversary of the composer’s death and saw Betro connecting the dots between the seemingly disparate worlds of Johann Sebastian Bach and the Saxophonist, Charlie Parker.

Over the past decade Betro composed a number of new works. Seascapes seeks to evoke ideas about New Zealand’s maritime history, including the voyages of both Kupe and Captain Cook. Daughters of Abraham was showcased at the Jermyn Street Theatre in London in March 2011 and reactions were overwhelmingly positive. The Gloating of the Demons was given its first performance in London on October 1st 2016 by the London Contemporary Chamber Orchestra, conducted by Alan Taylor.

“The truth about Denis Betro is that very few people have ever helped him get where he is today. He did the hard yards alone, several decades worth, and invented himself as a rugged individualist. As such his influences can be read over a vast range, and he has therefore had to build a technique to compile large structures out of stylistically dissimilar sources.”
– Simon Romanos, Conductor.