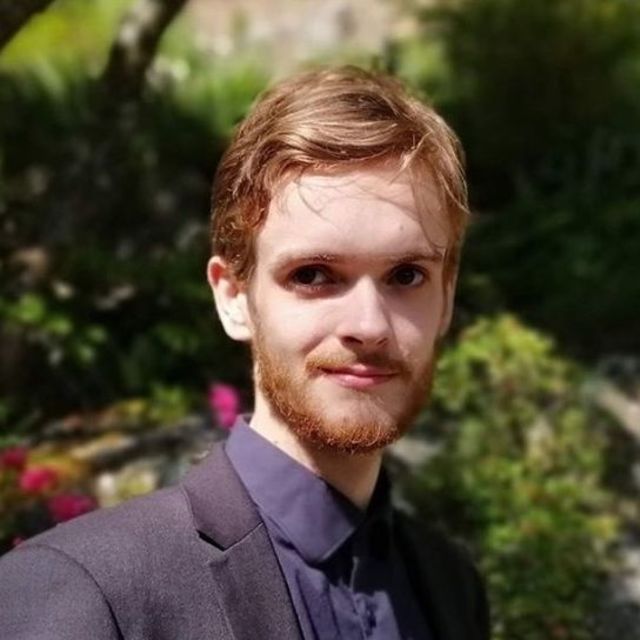 Liam Furey was first taught piano at the age of nine by his mother, later discovering classical music when he was eleven. It was from that point that Liam knew he wanted to work in classical music. Liam started piano lessons with New Zealand pianist/composer Gillian Bibby, where he was taught piano and some basics of composition. Liam enjoyed being very proactive in the Wellington region, frequently winning prizes at local IRMT piano competitions and winning the Senior Composition Prize for Chamber Music NZ’s 2016 Secondary School Contest for his Piano Trio in G minor. Outside of classical music sparked an interest in musical theatre, where Liam was on the music team for nine theatre productions, either as a musical director and/or a rehearsal/performance pianist. Some of these shows included classics such as Witches of Eastwick, Chicago, All Shook Up, and The Full Monty.

Liam received the LTCL (Distinction) and LMusNZ Piano diplomas in 2017, then started study at the New Zealand School of Music in 2018. Liam is now finishing his third year in Classical Piano and Composition, where he has been under the piano tutorage of Jian Liu and David Barnard, and the composition tutorage of Michael Norris. Liam has been a three-time finalist in the NZSM’s Body/Harris Prize for “Best Performance of a New Zealand Work”, winning in 2018, won NZSM’s Matthew Marshall Award for “Composition for ensemble with guitar in a prominent role” in 2019 & 2020, and received third in 2019’s Lilburn Composition Competition.

Liam’s largest passion in music is contemporary and New Zealand music. He often curates his own programmes which blend older and newer classical music, as a pianist, composer and conductor. One of these results include his forming of the Sounds of Te Kōkī concert series, which aims to premier new compositions from the New Zealand School of Music. Liam aspires to create eclectic programmes that highlight newer ideas of musical expression for his audiences.

for piano, violin and cello, 10m

for cello and piano, 5m

The Silence of Kilsmister Tops