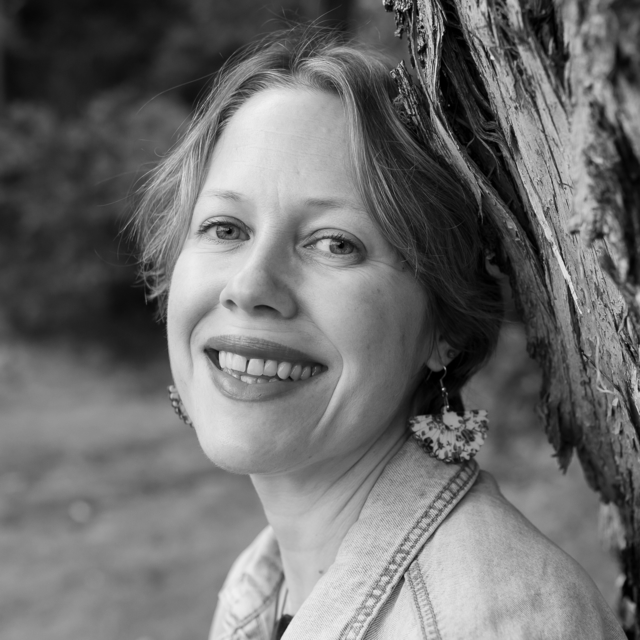 Yvette Audain is a prolific freelance composing musician who has lived and worked in Auckland, Wellington and Melbourne. Her music has been performed throughout New Zealand as well as in Australia, Japan and the USA.

Yvette, whose instruments are clarinet, saxophones, recorders and Irish whistles, has worked professionally in a variety of genres: classical (Auckland Chamber Orchestra), military band (the full-time Royal New Zealand Navy Band), Celtic-style originals (trio ‘Doris’), Gypsy (the Benka Boradovsky Bordello Band), and many more situations in between. She has long been involved with Auckland composers' collective The Committee, and her principal performance interest is early jazz, through which she has led the reed section of Brett’s New Internationals, New Zealand’s only authentic 1920s dance orchestra.

Yvette enjoys a fruitful involvement with the Auckland Philharmonia Orchestra (APO), for whom she is an arranger and associate saxophonist. She has also had several works performed by the APO, including Eulogy (in association with the 2011 Writers’ and Readers’ Festival) and Felix the Cat: The Magic Bag, a short cartoon soundtrack for the APO Wind Quintet. As a jazz clarinetist, Yvette has also led a small ensemble affiliated to APOPS’, the APO education programme, performing to school audiences around the Auckland region. The APO has even involved her in hip-hop, through their outreach programme APO Remix the Orchestra.

March 2011 brought the well-attended Grooves Unspoken: Music by Yvette Audain, a self-curated programme consisting entirely of Yvette’s own music, at St Lukes Church, Remuera, Auckland. This was in proud association with the Auckland Fringe Festival, and was recorded for broadcast by Radio New Zealand Concert. Three years later the works constituting this programme were collectively released as Grooves Unspoken the album. In 2012 one of the tracks, saxophone quartet A Charleston Kick With Steel Caps, was included in the programme for Saxcess’s nationwide Chamber Music New Zealand tour.

Yvette continues to perform her own compositions at events such as the Surrey Hills Music Festival (Melbourne), and in 2013 completed Loop City for violin with loop pedals, multitracking and two spoken word poets. This was commissioned by Melbourne Symphony Orchestra violinist Sarah Curro, who has performed the work numerous times around Melbourne with poets Amanda Anastasi and Steve Smart. Yvette holds a Bachelor of Music in composition and clarinet from the University of Auckland, and a Bachelor of Music (First Class Honours) in composition and ethnomusicology from Victoria University of Wellington, where she subsequently completed her Master of Music (with Merit) in composition. She also holds a Graduate Diploma in Teaching from the University of Auckland.

Home is currently New Zealand's beautiful Coromandel Peninsula, where Yvette is active in a variety of rewarding musical situations including the Mercury Bay Big Band, Mercury Bay Community Choir and the jazz duo Dave and Yvette with guitarist Dave Mulholland.

“I enjoyed performing and recording Yvette Audain’s Eulogy for narrator and orchestra very much. Such a warmth of texture and harmonies which created a sympathetic palette for Olivia Macassey’s word painting”
– Kenneth Young

“Yvette’s music always has a freshness of her own, often a quirky sense of humour, and an artistic freedom, especially in the more Eastern-style pieces I’ve heard or played in other Auckland performances, such as APO composition workshops, APO commissioned arrangements for youth concerts, 175 East, APO’s Remix, APOPS ensemble concerts, and the Clocktower Concerts of The Committee.”
– Katherine Hebley, cellist, Auckland Philharmonia Orchestra and 175 East

microscore for violin and cello, 1m

A Charleston Kick With Steel Caps

for clarinet and cello, 5m

arranged for oboe and strings, 2m

Away in a Manger

arranged for oboe and orchestra

for violin and narrators

a sail-scape for big band, 5m

for any lead instrument(s) and accompanimental instrument (eg. flute and guitar), 2m 30s

for orchestra and narrator, 10m

Felix the Cat: The Magic Bag

Flowers of the Forest

arranged for plectrum orchestra, with flute and accordion, 1m 15s

for saxophone and piano, 4m

for clarinet and piano, 1m 40s

for narrators and violin, 46m

Lull in the Hustle

for any Bb saxophone and piano, 10m

arranged for harp and orchestra

for recorder and string orchestra, 20m

Possum in the Kitchen

arranged for baritone voice and orchestra

arranged for male voice and orchestra

for harpsichord and strings

Swimming with the Dinosaurs

The Great Gate of Kiev

The Wheels on the Bus

for plectrum orchestra with optional flute and accordion, 10m

Upon attending a performance of 'The Wizard of Oz'... only to find that you have inadvertently come dressed as a munchkin

Wake Road in the Rain

for plectrum orchestra with optional flute and accordion, 6m

We and the Ghost

Welcome to Our World

What a Wonderful World

When day is gone

for flute and bass trombone, 1m

arranged for oboe and strings, 2m

Away in a Manger

arranged for oboe and orchestra

Flowers of the Forest

arranged for plectrum orchestra, with flute and accordion, 1m 15s

arranged for harp and orchestra

arranged for baritone voice and orchestra

arranged for male voice and orchestra

The Wheels on the Bus

Welcome to Our World

What a Wonderful World