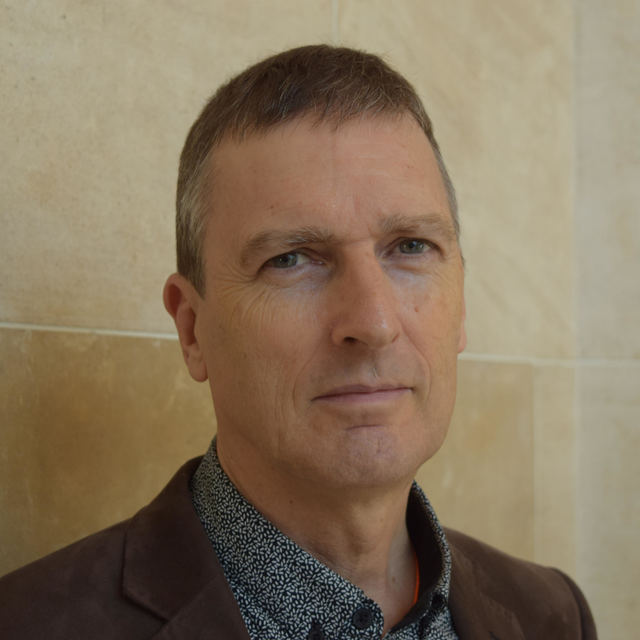 Nigel Keay was born in Palmerston North, New Zealand in 1955 and has been working as a freelance composer and viola player in Paris since 2001, having moved to France in 1998. He writes primarily for orchestral instruments, from small ensembles to larger orchestral groups, and also composes for voice.

In New Zealand, Nigel Keay held the composer-in-residence position, the Mozart Fellowship, at the University of Otago in 1986 and 1987. He has been a Composer-in-Residence with the Nelson School of Music (1988 and 1989), and with Auckland's fulltime professional orchestra, the Auckland Philharmonia Orchestra (1995).

Between 1983 and 1995 he received several grants from the Arts Council of New Zealand (now known as Creative New Zealand) for various commissions including his one-act opera At the Hawk’s Well. His music has sometimes been driven by literary and philosophical ideas. Throughout his career he has wherever possible played in or directed his own works. He became an Associate-Violist with the Auckland Philharmonia Orchestra in 1994. Between 2003 & 2005 he gave multiple performances of his String Quartet No.2 in Europe with his own group, Quatuor Aphanès.

His Serenade for Strings has been performed by several Parisian formations; the premiere by Ensemble Polymnia in 2004, Orchestre à cordes Idoménée in 2005, and Orchestre 2021 at the Fondation des États Unis, Paris in 2006. Between 2006 and 2009 Orchestre 2021 performed several of Nigel Keay's other works in Paris; Diffractions, Diversions and Tango Suite for String Quartet...

In 2010 Nigel Keay was co-producer of the Blumlein Records CD Diversions - Autour du hautbois, the music of five composers for or with oboe. This CD included his own Diversions for Quintet.

In 2013 he was admitted to the catalogue of the Documentation Centre for Contemporary Music (CDMC) located at the Philharmonie de Paris.

In April 2015 the CD the dancer leads the procession containing six of Nigel Keay's works is released.

Nigel Keay's works are increasingly being presented in prestigious concert venues in Europe and further afield. These include; Diversions for Quintet at the Graz Opera, Austria, at Casa da Música, Porto, Portugal, at the Paris Oboe Festival. His Introduction and Tarantella was premiered at Weill Recital Hall at Carnegie Hall, New York City by Eugenia Choi and Svetlana Gorokovitch.

Recent activities have included a commission in 2017 from Musique à la Ferme for their production Loup es-tu là? and a premiere in 2018 of Nocturne, Havrincourt 1918 at Église Saint-Merry in Paris by the Parisian ensemble Traces d'Aujourd'hui.

At the Hawk's Well

for piano and orchestra, 10m

for winds and strings, 15m

for piano and narrator, 9m 23s

Prelude for Cello and Piano

for cello and piano, 7m

Sitting in the Ruins

Sonata for Oboe and Piano

a suite for contralto, string quartet and double bass, 10m

the dancer leads the procession

for trumpet, horn and trombone, 9m

Variations for Violin and Piano

Variations on a Theme from "At the Hawk's Well"

for violin, cello and piano, 9m

for viola and orchestra, 24m

for violin and viola, 10m

for soprano, vibraphone and string trio

Créations | works for oboe and other instruments - CD