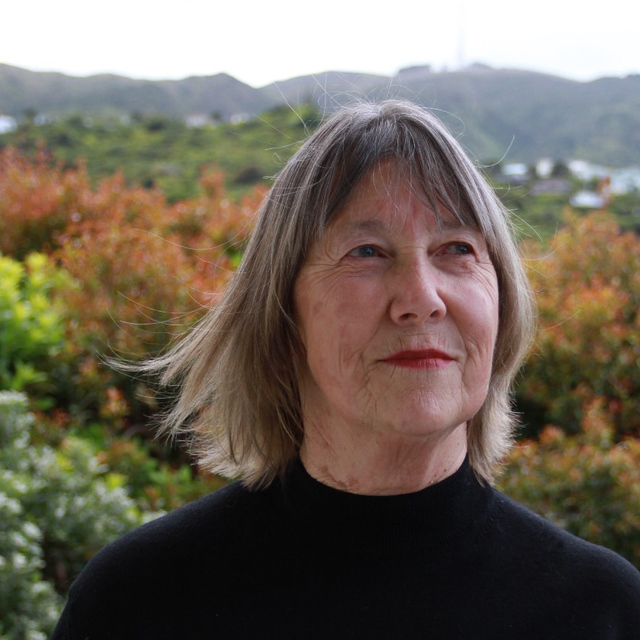 Helen spent her childhood years in Mapua, Nelson, before going to secondary school in Wellington. In 1964 she completed a B.A. in English at Canterbury University, then she taught English, Music and French in some New Zealand and Canadian secondary schools. While raising her family of three daughters, she studied music at Victoria University. In 1986 she began composition studies with Ross Harris, David Farquhar and Jack Body and in 1987, her Woodwind Trio won first prize in Victoria University’s Composers’ Competition and in 1989 Pounamu won second prize. She graduated B. Mus. (Hons) in composition in 1991.

In 1990 and 1991, Helen held the Arts Council residency of Composer-in-Schools in the Wellington region. In 1990, her choral work Pounamu was performed in the Asian Music Festival in Japan. In 1993, she initiated the first New Zealand Composing Women’s Festival. Since 1992 she has been working in Wellington as a free-lance composer, receiving commissions to compose for a variety of vocal and instrumental ensembles and also for dance theatre. Two CDs of her chamber music have received critical acclaim, Matairangi – Helen Fisher Chamber Music (Fisher CD) and Taku Wana – The Enduring Spirit (Atoll ACD 203). In 2017 her string quartet Luminous Night was premièred at the Adam Chamber Music Festival by the New Zealand String Quartet. Her compositions have been performed in Europe, United Kingdom, Asia, United States and Australia and regularly in New Zealand. In 2005 and 2006, her harp solo Otari was performed in international harp festivals in USA, England and Australia by Carolyn Mills and Helen Webby.

Beginning with her first major composition, Te Tangi A Te Matui (1986), many of Helen’s compositions reflect her commitment to her bicultural journey with Maori. Helen has collaborated extensively with Maori performing artists, such as in Taku Wana, a large scale music drama premiered in Nelson in 1998, and also in Tete Kura, premiered by Te Waka Huia and the New Zealand Youth Choir in 2000.

Overall, it is her own Celtic heritage, Maori culture and the New Zealand environment in its broadest sense that inspire her compositions.

I name this place

for soprano and alto flute, 3m

I name this place

for soprano and tenor recorder, 3m

Just Singing in the Tree

for SA school choir with flute and piano or guitar, 2m

for cello and piano, 10m

for alto voice and guitar, 3m

for dancers and school instrumentalists, 20m

for choir, ensemble and dancers, 20m

Te Tangi A Te Matui (The Call of the Matui)

for SAA choir and conga and bongos, 4m

Where the River Flows

Wings of the Wind

for flute, clarinet and bassoon, 6m