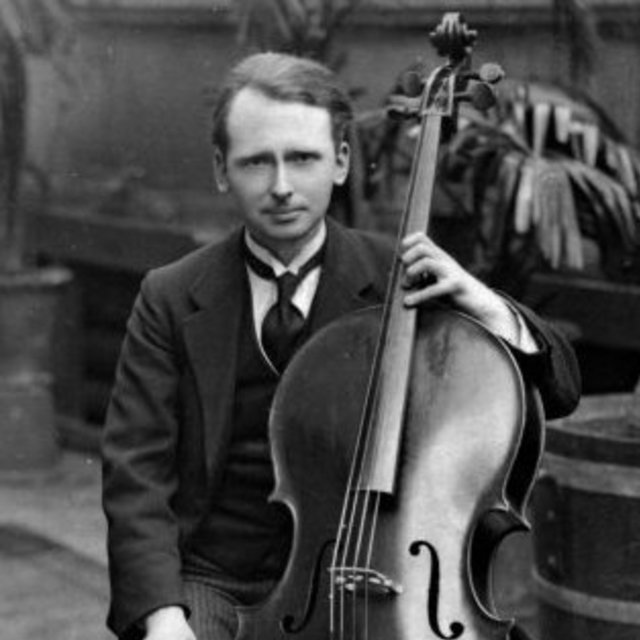 A friendship between Arnold Trowell and Katherine Mansfield forms the extent of what little is usually known about Arnold Trowell today, however this was not the case until relatively recently — prior to World War II his career as a cellist and composer in the British Isles was closely followed by other New Zealanders. Many remembered the sixteen-year old prodigy leaving Wellington to study in Germany in 1903 and subsequently becoming Professor of Cello at London’s Guildhall and Royal College of Music.

About fifty of Trowell’s ‘salon’ or encore pieces for cello were published between 1908 and 1926 and sold throughout Europe, North America and Australasia. He may have been the first New Zealand-born composer to have his music publicly performed, recorded and commercially released.

As a performer he was regarded by one writer in a 1918 edition of the magazine Strad as second only to Casals — high praise indeed given that the latter is now regarded as the foremost cellist of the first half of the 20th Century. Trowell’s concert career consisted mainly of concerto appearances, including all the works from the standard cello repertoire as well as his own concertos, and broadcasts of mainly shorter concert pieces for BBC Radio.

He wrote, but did not publish, at least three complete solo suites for cello and over one hundred pieces for cello and piano as well as works for orchestra. Despite the negative climate for sheet music in the 1930s, his teaching etudes and student works remained in print until relatively recently. Trowell’s Morceaux Faciles, Op. 4 and the String Quartet in G are currently available through Schott’s and Kevin Mayhew respectively.

There are four traceable songs by Trowell, two unpublished.

Duet in B flat major