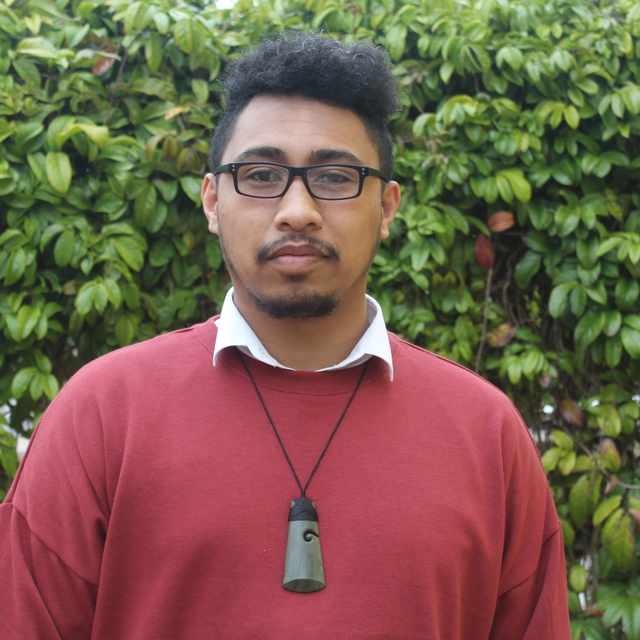 Takerei Komene (They/Them) is a composer, singer, instrumentalist, actor and conductor from Auckland. They are currently completing a Bachelor of Music majoring in Classical Performance Voice, under Dr Te Oti Rakena.

Takerei’s vocal works have been performed by many ensembles around Auckland, both locally and internationally. Ngā Roimata o Tūrama was premiered by the Auckland Youth Choir at the Australian International Music Festival in July of 2019, and was performed in the various venues around Sydney, including the Sydney Opera House. This piece also went on to win the Douglas Mews Composition Prize in the same year.

Their other compositions, for both choir and soloists, have been written for ensembles such as the Holy Trinity Cathedral Choir and the St Cecilia Singers from Diocesan School for Girls, as well as vocal students at the University of Auckland School of Music.

They are particularly inspired by contrasting ancient and contemporary elements, not only in musical convention, but also in storytelling and atmosphere, Thus, the ever-changing world of Māori music is one that Takerei is very much immersed in, and the opportunity to combine both ancient and modern musical conventions is a major inspiration for their music-making.

for SATB with divisi, and koauau/whistle, 5m 30s