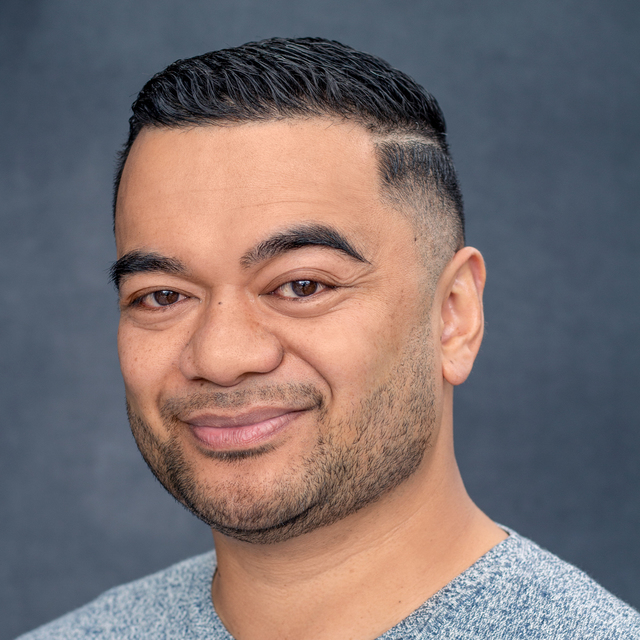 Poulima Salima hails from the villages of Safotu and Faletagaloa-Safune, Savai'i and Faleasi'u, Upolu Samoa, and Waterview, Auckland New Zealand.

Passionate about Pacific Arts, Salima has worked with New Zealand's leading Pacific film and theatre-makers, world-class musicians, art exhibitors and producers. Introducing a completely different realm of sound and approach to scoring for all of his projects, he has had the privilege to score music for successful national and international projects.

In 2011, Poulima was Music Composer, Orchestrator and Conductor for New Zealand’s first professional Pacific Musical THE FACTORY – directed by founders of the Kila Kokonut Krew; Vela Manusaute and Anapela Polata’ivao. All songs were accompanied by a live music ensemble and all 25 shows (4 week season) were held at the Mangere Arts Centre. Sell-out, successful and reviewed as “A knockout blow” – NZ Herald. In 2013, THE FACTORY was part of the acclaimed Auckland Arts Festival. All 7 shows sold out, highly successful and reviewed as “Triumph” and “A super opening for the Auckland Festival” and “The Pacific Les Misérables” - NZ Herald. In 2014, the International tour to Australia – cities toured: Adelaide, Parramatta, Canberra, Wollongong and Gold Coast. Gold Coast media release quoted: “...a soundtrack written by Poulima Salima of the most heartfelt music to come from across the Tasman”...Canberra Theatre review mentioned: “Richness and vitality the key to success”, Parramatta review: “...a new, fresh musical that is worthy of tours Internationally”. The Factory was a head-lining show at the Edinburgh Fringe Festival in Scotland – and all 26 shows were performed in the main principal theatre. Metro Scotland gave 5 stars and Broadway Baby reviewed it as “An absolute joy to behold”. In total, there were 46 live performances.

2019 saw the sold-out premiere of Salima's opera, Alofagia: Le Opera. Composed for international opera trio SOL3 MIO and a 17 piece orchestra-band, the production's second season will be held at the Aotea Centre, Central Auckland, as part of Auckland Live 2022. Also in 2019, he scored the music for Ka Mua, Ka Muri (Walking backwards into the future), a film about climate change and its effects on the environment in Aitutaki, Cook Islands. The film premiered at the Rome International Film Festival in the "ART for the World" category.

Salima is currently producing his own projects, including ANAMUĀ, inspired by the ancient stories, genealogy, honourifics and emblematic pride of both of his homeland villages, Safotu and Faletagaloa-Safune, Savai'i Samoa. Through the ANAMUĀ project, he hopes to bring heart and powerful emotion, sacred lyrics and oratory, honourifics and emblematic pride through original song, sound and music.

"The world needs to access and hear our Pacific worldview of music. I am constantly fascinated by our depth in gafa (genealogy), way of life, identity (Fa'asinomaga) and culture (Aganu'u) - our unique storytelling is founded in song, dance and oratory. My passion is to continue to share and trailblaze our Pasifika sound to the world.” — Poulima Salima

music for a short film

music for an animated game trailer

music for a short film

Think of a Garden