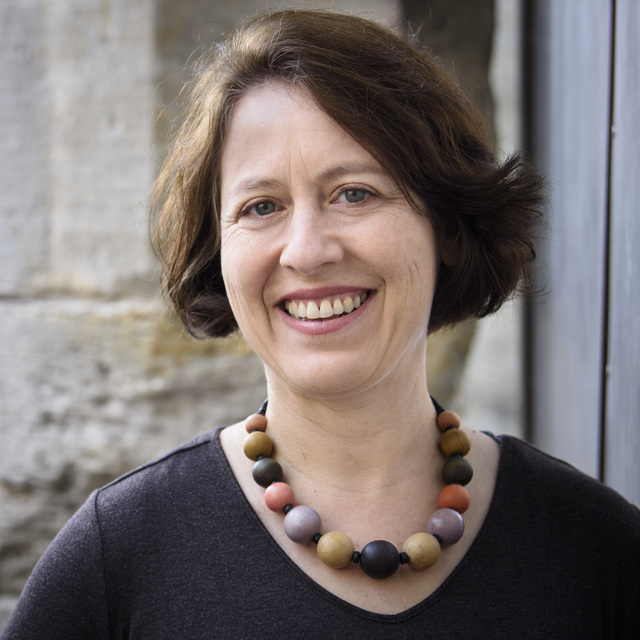 Maria Grenfell was born in Malaysia in 1969 and raised in Christchurch, New Zealand, graduating with a Master of Music degree from the University of Canterbury. She completed further studies in the United States of America, gaining a Master of Arts from the Eastman School of Music in Rochester, New York, and a doctorate from the University of Southern California in Los Angeles, where she was also a lecturer. Her teachers have included Stephen Hartke, Erica Muhl, James Hopkins and Morten Lauridsen in Los Angeles, and Joseph Schwantner and Samuel Adler in New York.

Maria Grenfell’s work takes much of its influence from poetic, literary and visual sources and from non-Western music and literature. Her works are performed by musicians such as the Australia Ensemble, The Seymour Group, the Vienna Piano Trio, the New Zealand Trio, Palisades Virtuosi (New Jersey USA) and Antipoduo (Netherlands). Orchestras that have commissioned, performed or recorded her music include the Adelaide, Melbourne, Queensland, Sydney, Tasmanian, West Australian Symphony Orchestras, New Zealand Symphony Orchestra, Auckland Philharmonia, Auckland Chamber Orchestra, Wellington Sinfonia and the Christchurch Symphony. Maria Grenfell’s music is broadcast regularly on ABC Classic FM in Australia and Concert FM in New Zealand, and is released on Tall Poppies, Kiwi-Pacific and Trust CDs. Her works are available from the Australian Music Centre, SOUNZ, and Reed Music.

Recent commissions include Rock hopping: for orchestra (2012) and Tarraleah (2014) for Tasmania Symphony Orchestra, as well as Ten Suns Ablaze (2013) for the Australia Ensemble, for which she won an Australian Art Music Award.

Maria co-ordinates and teaches at the Tasmanian Symphony Orchestras Australian Composers School, an annual emerging composer program. She has also been a violinist with the Christchurch Symphony and the New Zealand Youth Orchestra, and has performed bowed piano with the University of Southern California Percussion Ensemble. Her awards include the Jimmy McHugh Composition Prize and the Halsey Stevens Prize from the University of Southern California, the Composers’ Association of New Zealand Trust Fund Award and the University of Otago’s prestigious Philip Neill Memorial Prize. Maria lives in Hobart, Australia, with her husband, guitarist David Malone, and son, Alexander, and is a lecturer in music at the University of Tasmania Conservatorium of Music.

A Feather of Blue

for baritone (or medium voice) and piano, 18m

for violin and percussion, 9m

Dancing at the Camerata

for soprano saxophone and piano

for guitar and marimba, 6m

Fanfare for a City

for community choir and orchestra, 10m

for flute and orchestra, 20m

for SATB choir and orchestra, 15m

On a moonlit night a recluse plays his pale white ch'in

for alto flute and piano

Poems of a Bright Moon

for flute, clarinet and piano, 11m

Sketches of a Land

for soprano and chamber ensemble, 8m

Songs of Land and Sea

for soprano saxophone and piano, 7m