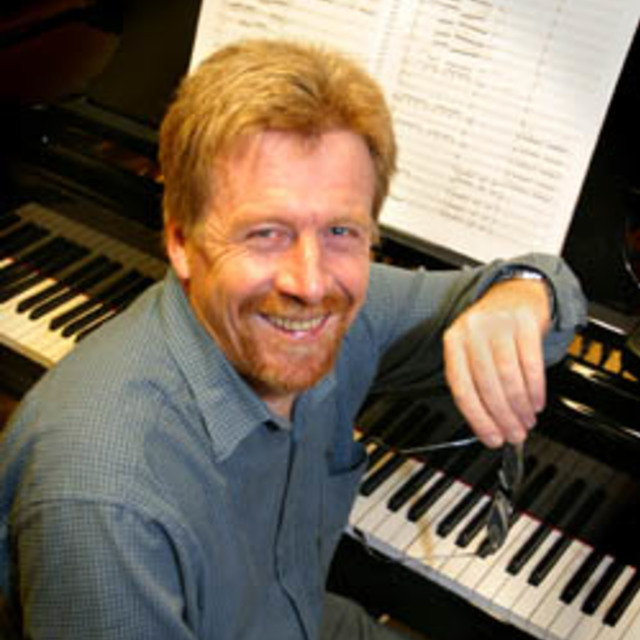 Chris Cree Brown is currently a freelance Composer and Sonic Artist. In 2018, he retired from his position as Associate Professor at the School of Music, University of Canterbury.

In August 2018, he has been granted the University of Otago Wallace Trust Residency at the Pah homestead in Auckland, and in 2019, he has been invited to teach/assist in teaching Masters students at the musikhochschule in Lubeck, Germany for the northern summer semester.

He has twice been awarded the Mozart Fellowship at the University of Otago, has twice been appointed Composer-in-Schools, has won two prizes in the Wellington Youth Orchestra's Young Composers Competition, and has written a number of film scores. In 1986, he received the CANZ Trust Fund Award and in 2010, he received the CANZ KBB Award for services to New Zealand Music.

Memories Apart for chamber ensemble (2002), Icescape for orchestra (2003), Remote Presence for piano (2007) and the Viola Concerto (2015) were finalist compositions in the Sounz Contemporary Music Awards, and in 2010 he won the award with Inner Bellow, for Clarinet and Fixed Media.

Along with Icescape for orchestra, is an electro-acoustic work, Under Erebus that were both a result of a trip to Antarctica under the Artists to Antarctica programme run under the auspices of Antarctic New Zealand (and with the assistance of Creative New Zealand).

He has a strong interest in Aeolian harps and in 2002 exhibited a design in the Christchurch Botanical gardens as part of the Art and Industry Scape Biennale. Recordings of Aeolian Harps sounds feature in many of his works.

He has attended, presented work and represented New Zealand in many festivals and conferences, including the International Computer Music Association (Aarhus 1994), and the International Society for Contemporary Music (Slovenia, 2015), and .the Asian Composers League (Taiwan 2015).

His work has been performed in many countries, including Australia, England, Finland, Hungary, France, Germany, Canada, Japan, Portugal, Russia, Scotland, and the United States of America.

A Frame of Mind

A Gallery of Cats

design for a sculpture

An Island Eaten By Rats

for orchestra and tape, 14m

Blue for a Girl

Branches from the Wishing Tree

for viola and piano

for flugelhorn and piano, 6m

Duo for Violin and Cello

Duo for Violin and Viola

for violin and viola, 8m

Epitaph on a Tyrant

for soprano and choir

for viola and orchestra, 10m

for flute, 2 saxophones and piano

for clarinet and tape

Music for a Birth

Music for a Wedding I

Music for a Wedding II

for flute and viola, 7m

for orchestra and fixed media

for string orchestra and vibraphone

Piece for Flute and Guitar

Piece for Piano and String Quartet

for piano and string quartet

for euphonium and fixed media electronics

for flute and tape, 9m

Sound to go with a Sculpture by Mark MacIntyre

for harp and guitar

for flute and organ

The Solitude of the Ice

for flute, recorder and cello

for flute and tape, 9m

for viola and orchestra, 27m

for 2 horns, piano and string orchestra

We need the System

for school choir and corrugated iron