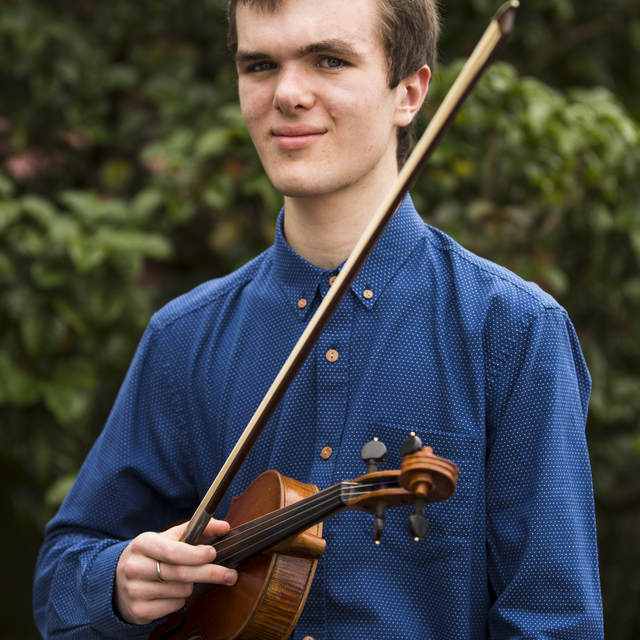 Matthew Beardsworth (b. 1999) is a young composer, arranger, and songwriter living on the North Shore of Auckland. He currently freelances in addition to studying for a B(Mus) at the University of Auckland.

Having played piano since age 4 and violin since age 6, Matthew wrote his first composition at age 10, and began composing and arranging for orchestra at age 13. He gained valuable experience orchestrating for North Shore Youth Music in this time, under David Kay. Performances of his arrangements and compositions have been held at the Bruce Mason Centre, St Andrew’s Church Taupo, St Andrew’s Church Takapuna, The Turner Centre Kerikeri, and the Auckland Town Hall.

Taking music in high school, he passed his NCEA papers with flying colours over 2014-2017. In 2016 and 2017 his original songs "Can't Stop Thinkin' About You" and "A Different Way" featured on the Play It Strange albums, and he arranged strings and recorded for other young artists at Roundhead Studios in those years.

2017 was Matthew's most successful year, winning the APO Secondary School Composition Competition, a joint winner of the SMCO-SOUNZ Composer Competition, and the AIMES Emerging Talent Award for Music, with his original compositions being performed and recorded for each. He was commissioned for two pop arrangements for the Auckland Symphony Orchestra's Synthony concert and their Seeport Sunset and Symphonies concert on the Auckland Waterfront. He also was interviewed for TVNZ’s Seven Sharp primetime program in their segment on the Play It Strange We Are One Concert for Autism.

In 2018 he began studying at the University of Auckland, majoring in composition, and had a performance of his composition "Jellyfish/Pulse for Clarinet" at the Music Theatre. He has had more commissions from the ASO and a second independent performance by the SMCO of “Prelude”. He also composed his first orchestral film score, and has performed original compositions in association with Youth Arts New Zealand and Play It Strange at Birkenhead College and Bethells Beach.

Matthew is inspired by the emotional and narrative qualities of music, in particular of the Romantic and early 20th-century period, where rich orchestrations and iconic leitmotif and melody move the audience. His main influences are composers such as John Williams, Dvorak, Holst, Stravinsky, Bartok, Korngold, John Adams, and John Powell. His musical ambition is to exploit the full potential of music in storytelling in both concert and media applications.

Concertino No. 1 in A Minor

Variations on a Baroque Theme

Waitemata Waltz No. 1 - "Dance of the Harbour Ferries"