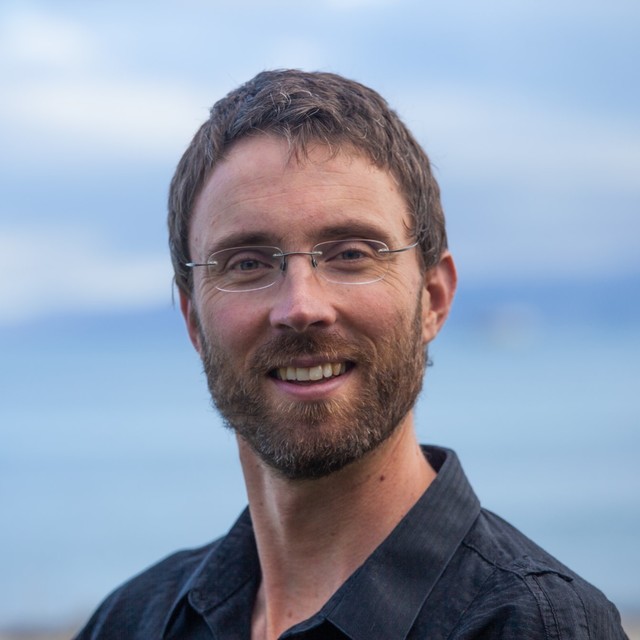 Stephen Lange (b.1977) grew up in Havelock North, and started composing at high school. After attending “Music ‘95” in Wellington, an event organised by CANZ to encourage young, aspiring composers, Stephen decided on a career in music. Graduating with a degree in composition from Victoria University of Wellington in the 1990s (studying with Jack Body, John Psathas and Ross Harris), Stephen trained as a teacher and found himself in a music classroom at Hutt Valley High School, in Lower Hutt. At the same time, a keen interest in conducting led to five years as Musical Director of the Tawa Orchestra, a community group based in Wellington’s northern suburbs, and later Stephen also took up the baton for Nova Strings, a Lower Hutt based string orchestra.

Following a working holiday in England and Europe, Stephen returned to the post of Head of Music at Hutt Valley High School.

At the end of 2007, Stephen and his family made the move back to Hawke’s Bay to the post of Head of Music at Havelock North High School, a post that he held util 2011. Here, the need for fresh New Zealand music for the school’s choirs led to the writing of a large number of choral pieces. Stephen was awarded the trophy for Best Choral Director in the East Coast region in 2010. Stephen now divides his time between composing, teaching and raising boys in Hawke’s Bay. Between 2013-14, Stephen worked in Hastings as a Music teacher at Taikura Rudolph Steiner School.

In 2018, Stephen worked with SOUNZ to update and revise Gillian Whitehead’s Lullaby For Matthew, a popular teaching resource for secondary schools. Involved in other pedagogical projects, in 2016, he completed an NCEA study guide for Bizet’s Carmen. This was commissioned by Prima Volta, a charitable trust based in Hawke’s Bay, with the aim of helping local teachers make opera accessible for their students.

He Wishes For the Cloths of Heaven