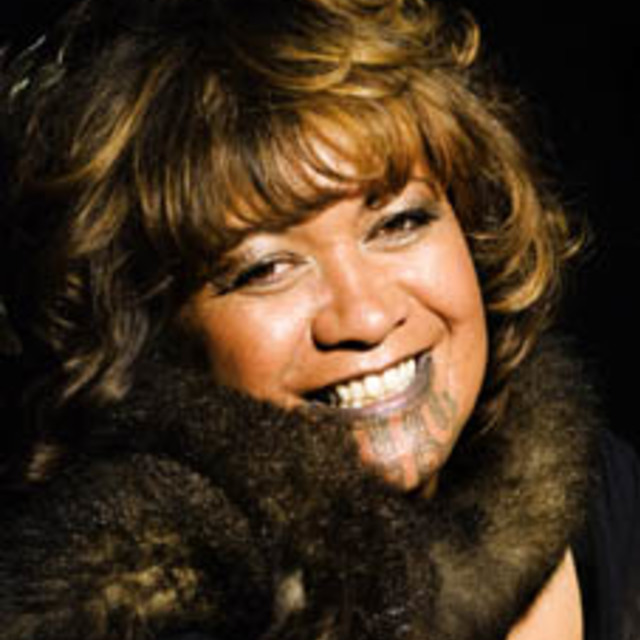 A veteran of eight solo albums, Whirimako is a champion of Te Reo Māori, producing many of her albums in her native tongue as well as a number of bilingual efforts. She has been featured on numerous collaboration albums alongside some of world music's biggest names. In recent years, Whirimako has moved effortlessly into the sultry stylings of the great jazz standards to which she added her uniquely Māori interpretation.

Whirimako's talents are not just limited to the microphone, with an enviable list of awards bearing testament to her song writing and commercial success. Awards include Best Māori Album and Best Jazz Album at the NZ Music Awards and a coveted Silver Scroll award in song writing for Best Māori Composition, to name just a few.

Whirimako has performed all around the world as a collaborator and guest artist and on numerous projects, including the internationally successful One Giant Leap album. This album celebrates cultural diversity and Whirimako was asked to headline at the European Festival of Song in Greece in the tour to celebrate its release. With performance credits in Korea, Gallipoli, Taipei and all around the globe, Whirimako has cemented her place as one of our finest exports.

Whirimako has worked and performed with some of world music's biggest names. Donal Lunny, Steve Kerney, and Alfro Celitic Singer Larla Leonarda are just a few of the kindred spirits Whirimako has shared the stage with. With over 50 albums to his credit, renown Zimbabwean singer/song writer Oliver Mtukudzi is another of world music's superstars that Whirimako has shared her musical journey with, as both co-composer and vocalist. Through her collaboration with One Giant Leap producers Jamie Catto and Duncan Bridgeman, Whirimako's track Ta Moko featured on the One Giant Leap debut album alongside tracks from Michael Stipe (R.E.M), Robbie Williams, Speech (Arrested Development), Neneh Cherry and many others.

Whirimako has performed alongside numerous Kiwi musicians including Dave Dobbyn, Neil and Tim Finn, Don McGlashan , Betty Anne Monga (Ardijah) and Richard Nunns. Whirimako's cross generational appeal has also seen her working with some of Aotearoa's young talent including Salmonella Dub, Riki Gooch from Trinity Roots, Jamie Greenslade aka Maitreya, Arli Liberman, Aron Ottignon and the Haines Whānau - Kevin, Nathan and Joel. Most singers dream of having the opportunity to sing with the backing of a full orchestra, an accomplishment Whirimako has repeated several times over with performances alongside the NZ Symphony Orchestra, the Wellington Vector Orchestra and the Christchurch Symphony Orchestra.

Passing on her knowledge and supporting the development of young talent is a passion Whirimako has indulged during her five-year stint as a judge on Māori Television's Māori Oke talent show. Whirimako continues to support our up and coming musicians through workshops and appearances for multiple organisations including Auckland University of Technology, Otago University, Auckland Music School and all of the major Māori Universities and learning institutions.

Whirimako studied music theory in 1983 at the Sydney School of Music and obtained a Bachelor of Arts from the Auckland University of Technology in 1997. She has also studied classical piano, guitar theory and attended workshops on Mataatua Waiata and cultural and intellectual property. She continues to pursue her educational aspirations and in 2010 completed a business management certificate at Te Wānanga o Aotearoa.

Whirimako wrote the title theme songs for historian James Bellich's acclaimed TV series The New Zealand Wars and recorded hymns for services in Gallipolli. In the 1990s, Whirimako was involved in translating scripts for children's programs into Te Reo Māori for Aotearoa TV as well as providing voices for some of the characters which are still played today on Māori TV.

In 2006 Whirimako was made a member of the NZ Order of Merit (MNZM) for services to Māori Music. Whirimako finds time to support a number of community organisations and shares a particular passion for Te Reo Māori, Kura Kaupapa, Reo Rua, Kōhanga Reo, Breast Cancer Awareness, Carers NZ, the NZ Mental Health Foundation and Plunket.

Whirimako has had the pleasure of working with legendary American composer and arranger Russell Garcia both on her own songs as well as some of her Jazz standards. Russell has worked with the likes of Ella Fitzgerald, Louis Armstrong, Walt Disney, and Charlie Chaplin and at 96 years old he still is working in his adopted home of Aotearoa. Her transition from Māori only to mainstream is set for an exciting new chapter, seen with the release of her first all English jazz album in October 2011.

Whirimako received an Arts Foundation Laureate Award in 2011. The Laureate Award is an investment in excellence across a range of art forms for an artist with prominence and outstanding potential for future growth. Their work is rich but their richest work still lies ahead of them. The Award recognises a moment in the artists' career that will allow them to have their next great success.

Dance Me to the End of Love

My One and Only Love

Run the Voodoo Down

When Did You Leave Heaven

Shrouded in the Mist / Hinepukohurangi

‘Matariki Starlight Jazz Concert’ is being presented to you as part of Auckland’s Matariki Festiv...