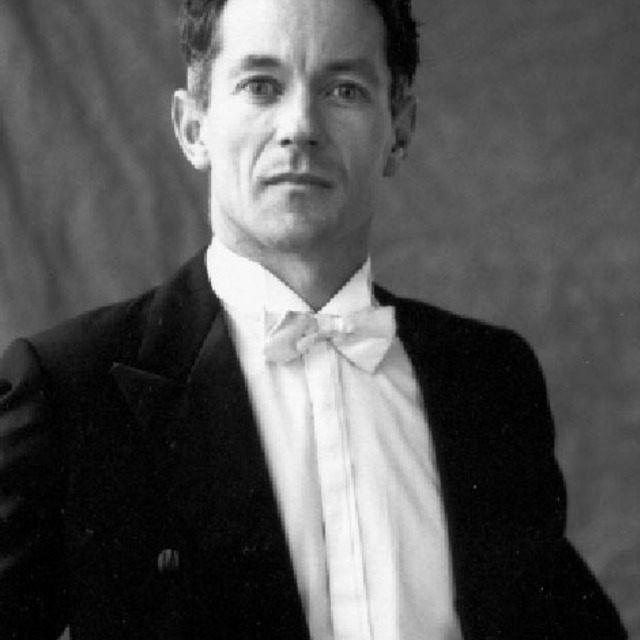 Pianist Jeffrey Grice was born in Christchurch, New Zealand. A student of Janetta McStay and Bryan Sayer at Auckland University (Bachelor of Arts, Bachelor of Music), in 1976 he was awarded a Queen Elisabeth Arts Council grant and a French government bursary to study in France with Yvonne Loriod and Germaine Mounier, obtaining in 1978 a Licence de Concert from the Ecole Normale Superieure de Musique de Paris. In 1979, he moved to Israel for a year to consolidate repertoire with Enrique Barenboim. Other formative influence was to come from the guidance of American pianist Charles Rosen and the coaching of Argentinian-born pianist Florencia Raitzin-Legrand.

A Laureate of the Yehudi Menuhin Foundation, the Cziffra Foundation, and the Sophia-Antipolis Foundation, in 1999, Jeffrey Grice was made an “Officer of Arts and Letters” (Officier des Arts et des Lettres) by the French Government for services in the field of music.

Jeffrey Grice has recorded in Europe for the labels Calliope, Erato, Integral Classic and Blumlein, in Japan for Sony Classical, Cosmo Village and JVC, and in New Zealand for Waiteata, a discography featuring works by some forty different composers.

In 1996, “Golden Performance”, a recording for Cosmo Village of his solo recital (Brahms, Berg and Bartok) in Nagoya’s prestigious Shirakawa Hall was chosen “Best Recording” by Stereo Magazine, Japan and reviewed in the USA by John Sunier as “one of the most impressive piano recordings I have ever heard”. In 2004, Stereo Magazine again chose as “Best Recording” his Sony Classical album with flautist Shigenori Kudo of 20th century French flute/piano repertoire (Poulenc, Dutilleux, Gallois-Montbrun). In 2002, his Liszt CD (Integral Classic) was voted “Best Sound Recording” by the French magazine Repertoire. William Dart hailed his recording of the first seven Tone Clock Pieces of Jenny McLeod (The Waiteata Collection of New Zealand Music) as “incandescent”.

Grice’s career had a stage and movie sideline. After a first brief appearance in the 1979 5-part television serial Les Dames de la Côte by Nina Companeez, he then played (though as an actor) in the 1991 prize-winning French film Un Coeur en hiver (A Heart in Winter) by Claude Sautet, appearing alongside Emmanuelle Béart and Daniel Auteuil.

Through imaginative ways of juxtaposing different works from the repertoire, the Between Two Worlds formula, the French Connections project, Grice works for a new kind of listening, encouraging many contemporary composers to write for him. He has premiered contemporary works by composers from New Zealand (Jenny McLeod, Nigel Keay, Lucien Johnson), Japan (Karen Tanaka) and France (David Chaillou, Kirill Zaborov).

Grice was invited two years in succession (2015 and 2016) to participate in the Alpine Fellowship at the Giorgio Cini Foundation on the island of Giorgio Maggior in Venice, an ambitious project uniting authors, poets, philosophers, scientists, art historians, painters and musicians from all over the world.

On March 7, 2017, the 142nd birthday of Ravel, he performed a Between Two Worlds recital in Paris, co-produced by Les Amis de Maurice Ravel and the cinema Le Balzac, to celebrate the diverse influence and legacy of Ravel to composers of the last 100 years. The programme featured Le Tombeau de Couperin by Ravel (completed in 1917), extracts from the Gershwin Songbook, the first performance in France of the tryptych Hommage a Ravel (1925) by Greek composer Emilios Riadis, 3 Preludes op 4 (1953) by Swiss composer Julien-Francois Zbinden (who turned 100 in 2017) and the world premiere of Addis Nocturnes (2016) by New Zealand composer Lucien Johnson.

In September 2017 he was selected to give a solo recital in Yverdon-les-Bains, Switzerland, as part of the 20th edition of the SCHUBERTIADE of Espace 2, Suisse romande’s Lausanne-based radio/television network, which has been organizing biennially this highly popular musical marathon in a different town of Suisse romande each time. The 2017 SCHUBERTIADE drew over 13,000 people to Yverdon-les-Bains for some 150 concerts, all recorded live, each including Schubert and a work by a Swiss composer, and coordinated over a single weekend in up to 8 simultaneous venues.