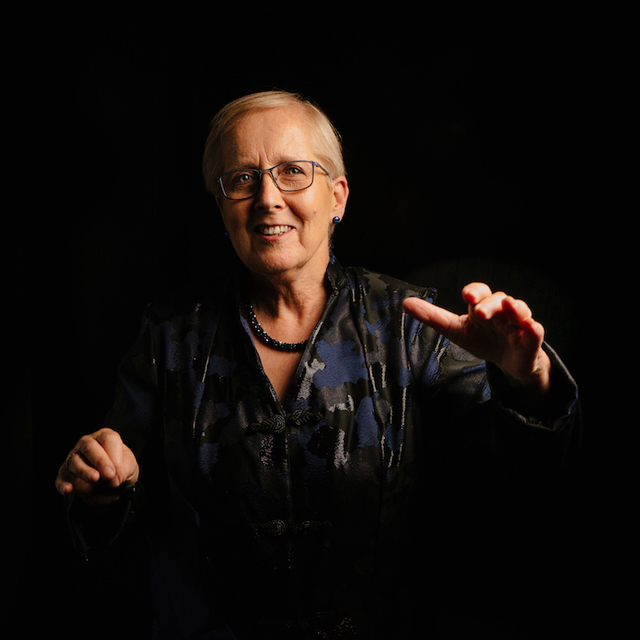 Karen Grylls ONZM is Associate Professor in Choral Conducting at the University of Auckland. She conducted the New Zealand Youth Choir from 1989 to 2011, founded Voices NZ in 1998 and is currently Artistic Director of three internationally acclaimed national choirs: these two and the NZ Secondary Student’s Choir. From 2011 to 2013, Karen was also Artistic Director of Toronto’s Exultate Chamber Choir.

She received an Auckland University Distinguished Teaching Award in Music (1996), and an Officer of the New Zealand Order of Merit (ONZM) for her services to choral music (1999). She is also the recipient of two national citations for services to New Zealand music.

At the University of Auckland, Karen has established a postgraduate pathway in Conducting at the Masters and Doctoral level. Students from the university are regularly accepted into overseas courses of study and have successfully taken on high-level conducting positions specifically with the national choirs in New Zealand. Many prize-winning conductors from The Big Sing have studied with her.

Karen is much in demand as an adjudicator for competitions and festivals worldwide, most recently in Tokyo, Bali and Taipei, the 48th International Choral Contest in Tolosa, and the Marktoberdorf International Chamber Choir Competition, Bavaria. She is sought internationally as a choral clinician and regularly conducts masterclasses and workshops in Wales, England, North America, Canada, Singapore and Australia. Since the outbreak of the pandemic, online lecture appearances have included Toronto, Los Angeles, Boston and Montreal.