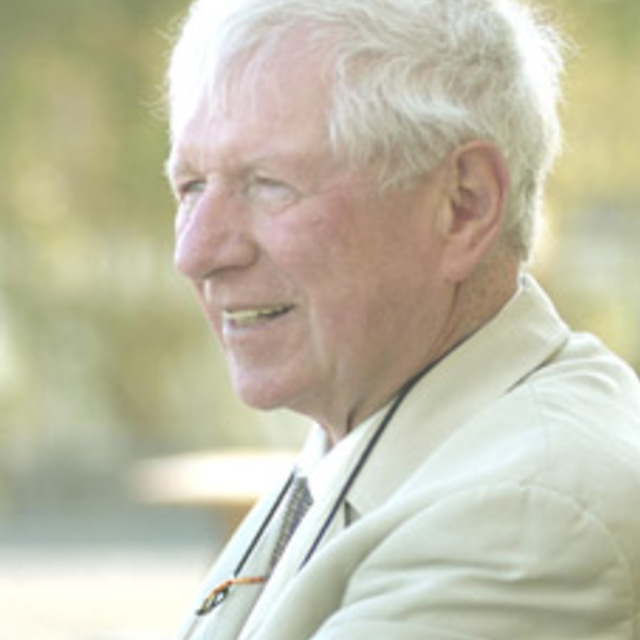 Brent Parker was a New Zealand-born composer and pianist who lived in Ireland for more than 40 years. He taught at the DIT Conservatory of Music and Drama in Dublin (formerly the College of Music, Adelaide Road) from 1974 until he retired as a lecturer in 1998 and moved to Achill Island.

Brent composed many works and performed both of his own piano concertos with the RTE National Symphony Orchestra. His second piano concerto with himself as soloist was broadcast on RTE Radio. Classical guitarist John Feeley commissioned him to write a guitar concertino, which was performed on CD and on video for TV3 in France. It is frequently broadcast on RTE Radio.

A Hungarian orchestra played Brent’s first piano concerto in 1996 at a gala event organised in the National Concert Hall, Dublin, by the Hungarian Ambassador to Ireland to commemorate the 40th anniversary of the Hungarian Uprising. The Savaria Symphony Orchestra of Szombathely, Hungary, conducted by Kerry-born maestro Robert Houlihan with Irish pianist Finghin Collins as soloist, performed the concerto, inspired by the 1956 uprising. Brent wrote many orchestral works, some of which have been performed by the RTE Concert Orchestra. He wrote books for Walton’s in Dublin and arranged many traditional Irish songs. After moving to the west of Ireland he developed computer skills with a view to publishing new approaches to “Mind Training” through music. He created and taught a course, “Composing on Computer”, to Achill primary school children at the IT Centre in Crumpaun, Keel. Brent co-authored a unique set of children’s books, for which he composed a soundtrack. The story line of the book is based on the essential struggle in music history of the 20th century, the battle between tonal and atonal music.

Brent was a member of the Association of Irish Composers, the Contemporary Music Society and an associate member of IMRO. His work for solo piano Lorca’s Last Walk was included on the Grade 7 Syllabus of the RIAM for piano 2003-2008. A short choral work Credo, was premiered in St Patrick’s Cathedral, Dublin, by the joint choirs of St Patrick and Resurgam, (a choir formed by New Zealander, Mark Dulek) and brass from the Dublin Ensemble. This concert was sponsored by Chernobyl Children’s Project International. His work En France, commissioned by RTE Lyric FM, for Flute, Viola, Harp/Piano, has been recorded and is being broadcast frequently by Lyric FM.

As Composer-in-Residence at the Laois School of Music Brent's work for string orchestra, woodwind and choir, The Slieve Bloom Suite, was premiered in 2007. Theme and Variations for Two Guitars was recorded by John Feeley and Pavlos Kanellakis on their 2010 CD ‘Islands’. Exiles, a work for guitar and string quartet, was premiered in Ireland in September 2012 by John and the ConTempo Quartet. Also in 2012, Brent was commissioned to compose The Four Corners Quartet, for flute, violin, viola and cello in Beijing. This work was premiered in November 2012 in Beijing followed by another performance in Shanghai by the Phoenix Quartet. In April 2014 his Violin Concerto was performed in an international competition for young violinists in Vladivostok by the young Japanese prodigy Hirito Yamamoto who was awarded 2nd place. In October 2015, he was invited to be visiting International Fellow at Grinnell College, Iowa, where he performed fifteen of his own piano works in the Sebring-Lewis Hall there.

for flute, viola and piano

for solo guitar and piano, 15m

for guitar and orchestra, 15m

for solo guitar and piano, 15m

for SSATBB choir and organ with optional brass ensemble, 5m

for piano or keyboard

for piano or keyboard

a ballet for orchestra, 17m

for piano and orchestra, 28m

Piece for two violins and piano

for two violins and piano

for mixed choir with chamber orchestra

Theme and Variations for Two Guitars

for voice and keyboard