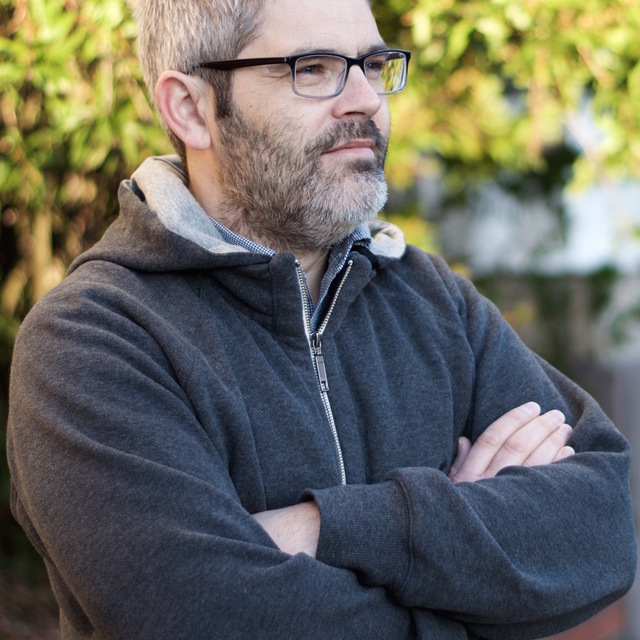 Chris's 'sing songs self' won the 2015 SOUNZ Contemporary Award at the APRA Silver Scrolls. He was Mozart Fellow at the University of Otago in 2008 and 2009, was the winner of the 2002 Asian Composers' League Young Composers Competition, was the 2004 recipient of the Composers' Association of New Zealand Trust Fund Award and won the Panel Prize in the 2006 Douglas Lilburn Prize.

Chris graduated in 2007 with a PhD in composition from Victoria University of Wellington under the supervision of Ross Harris and Dugal McKinnon. A thesis and a body of new works investigated the effects of music notation software on compositional practices and outcomes.

Chris lives in Wellington with his partner and their two young boys, has a day job as a filmmaker and enjoys woodturning after hours.

for flute, clarinet in B flat and guitar, 10m

an entrée for piano, 2m

for string quartet (with viola as soloist), 8m

setting of sixteen haiku for soprano and ensemble, 14m

for orchestra and gamelan, 9m 30s

concerto for B flat clarinet and ensemble, 10m

for solo clarinet and Javanese gamelan

for solo violin and orchestra, 11m

Some Cries of Wellington

for trombone and string quartet, 9m