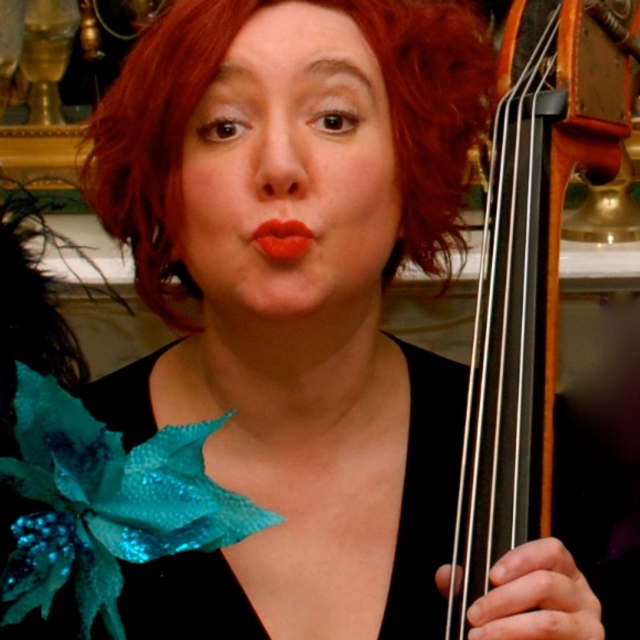 Lucy Mulgan (b. 1971) is a composer and bass player from Aotearoa New Zealand who works in a variety of musical styles.

Her compositions range from sweeping orchestral landscapes to quirky original songs and her music has been played across Europe and NZ. As a bass player, she works regularly in the worlds of opera and jazz, and as a community music workshop leader Lucy helps people explore their own voices through singing, composition and storytelling.

In 1992 she graduated from the Wellington Conservatorium of Music with a diploma in Jazz Performance and worked in NZ as a composer and bass player before moving to the UK in 1996. There she studied at York University, obtaining a PhD in composition in 2004.

Currently Lucy divides her time between London and the South Coast of the UK, while remaining connected to the New Zealand music community both as a participant and ambassador.

Wakatipu Music Festival - Lucy has been commissioned by SOUNZ and the Festival to compose a new piece for community groups, young musicians and professional players involved in the Festival. Performance Easter 2022.

Red! - Lucy’s opera for children, originally commissioned by Barefoot Opera UK and performed in the UK in 2020. Further commissioned by Orchestra Wellington, it was performed in August 2021 at the Michael Fowler Centre by 350 local Wellington primary school children with NZ Opera & Orchestra Wellington featuring 3 professional singers and a 20-piece orchestra. Future performances planned for 2022 / 2023 across NZ and the UK… “Opera like this is clearly for everyone” - Elizabeth Kerr.

As well as ongoing work with Barefoot Opera, Lucy regularly plays bass, writes and arranges for:

Military Wives Choirs. Lucy’s arrangements for their core repertoire 2021 are being sung by 70+ choirs around the world.

See www.lucymulgan.com for other news and exciting projects.

for SATB choir and violin

for soprano, mezzo-soprano and alto, 7m

__Orchestra Wellington__ and __New Zealand Opera__ come together at the Opera House with supremel...