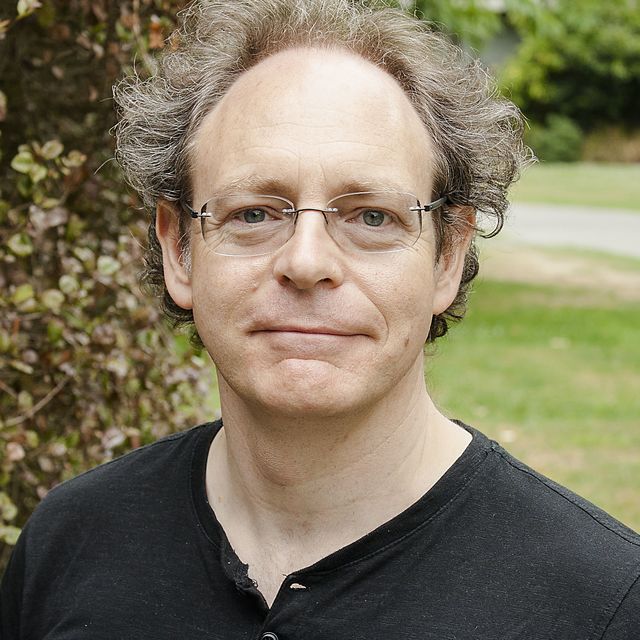 James Gardner was born in Liverpool, England in 1962, and during the 1980s played keyboards for his group The Umbrella and thereafter for a variety of well-known artists, both live and in the studio, as well as writing and arranging music in many groups, including Pete Shelley’s band and Howard Devoto’s band Luxuria. In 1990 he co-founded the band and remix team Apollo 440, reworking tracks by artists such as U2 and Scritti Politti.

From his mid-teens, writing notated music had formed a parallel stream to these activities, and in 1991 his solo piano piece Shattered Blue Ground, played by Joanna MacGregor, was runner-up in the Huddersfield Contemporary Music Festival Composers’ Competition. Following encouragement from Michael Finnissy, James left Apollo 440 in 1993 in order to concentrate on composition, and in the same year attended Brian Ferneyhough’s classes at the Viitasaari Summer Academy in Finland.

James moved to New Zealand in 1994, and became a New Zealand Citizen in February 2001. In 1996 he set up the contemporary music ensemble 175 East, which he directed until April 2010. During that time the group gained an international reputation and gave many acclaimed world premiere performances of music by New Zealand and overseas composers.

James was the recipient of the 2003 CANZ Trust Fund Award, awarded annually for compositional achievement by the Composers’ Association of New Zealand. He was the inaugural Creative New Zealand-Victoria University composer-in-residence from 2004-2005 and was holder of the Trans-Tasman Composer Exchange residency for 2005/2006, during which he worked with Australia’s premier new music ensemble ELISION.

In addition to his compositional work, James is an active broadcaster on music, having written, compiled and presented well-received series on Electronic Music, Frank Zappa, Morton Feldman, Iannis Xenakis, the Moog Synthesizer, and the James Bond soundtracks of John Barry – all for the wonderfully eclectic Radio New Zealand Concert.

James is also an irregular performer in the Vitamin-S evenings of improvised music in Auckland.

a study for voicing doubts

for clarinet and ensemble, 13m

Are the people happy on your planet, Gina?

for flute, clarinet and trombone, 30s

for piano and electronics, 17m

Given what we gather takes place

for clarinet and percussion, 7m

for clarinet in A and string quartet, 6m

for percussion quartet and orchestra

for bass clarinet and cello, 1m

for trumpet and percussion, 18m

More than one attempt

for piano, horn and ensemble, 8m

for bassoon and string trio, 26m

for bass clarinet and percussion, 40s

some other plots for Babel

for clarinet and percussion, 6m

Elision: The Wreck of Former Boundaries