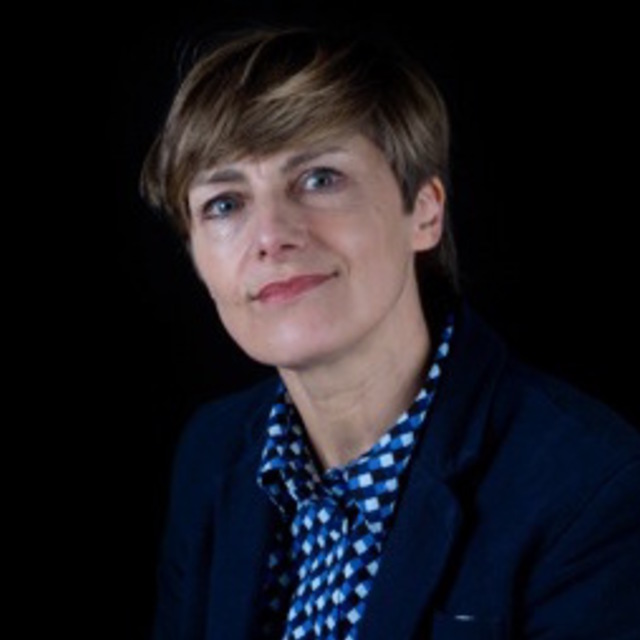 Born and bred in Aotearoa/New Zealand Alison Isadora (1962) studied political philosophy and music at the Victoria University of Wellington (NZ), before moving to the Netherlands in 1986 primarily to study violin (with Vera Beths) and thereafter composition (Gilius van Bergeijk and Theo Loevendie) at The Hague Conservatorium (1994, with distinction) and post-graduate performance theater at DasArts in Amsterdam.

She has been a performing composer or a composing performer within numerous Dutch groups including Hex, Gending, Nieuw Ensemble, the Maarten Altena Ensemble and the multi-medi duo SYNC. Her works have been performed by diverse ensembles in the Pacific, Europe and North America including Ensemble Klang, David Kweksilber Big Band, Matangi Strijkkwartet, Nederlands Blazers Ensemble, Array Ensemble (Canada) and STROMA Ensemble (NZ). As well as composing for music ensembles, Isadora also creates music-theatre performances, audio walks and installations.

In the last years she has become increasingly interested in the possibilities of connecting music to other disciplines. Isadora’s works often incorporate elements of story-telling and participation while addressing social issues.

In her capacity as music educator Isadora has explored elements of sound and composition with dance, choreography and theatre students at ArtEZ Institute of the Arts in Arnhem (NL).

6 and a half hours

for ensemble with electronics and video

6 and a Half Hours
ALT

for soprano and chamber ensemble, 11m

for electric guitar (with e-bow and octiviser), 8m

for violin and piano, 13m

for voice and cello (one player), 7m

for violin and hi-hat

for string quartet with foot percussion

for soprano and violin, 9m

That one man (shall not)

for throat singer, harp and electric guitar with effects

The [Mis]Adventures of Amy Bock

for female voice and piano, 8m

The Celestials
The Little Baby Jesus and the Bee

for mezzo-soprano and octet, 8m

for violin, bass guitar, and visuals

Alison Isadora: Thoughts on the intersection of art and politics keynote address - VIDEO

Our Music From Her festival, held in mid-October, will celebrate, support and encourage diverse v...

Baroque Voices | Sing at the Sanctuary

Raise your voice and sing in a unique choral evening at ZEALANDIA! Tūī are known for their abi...