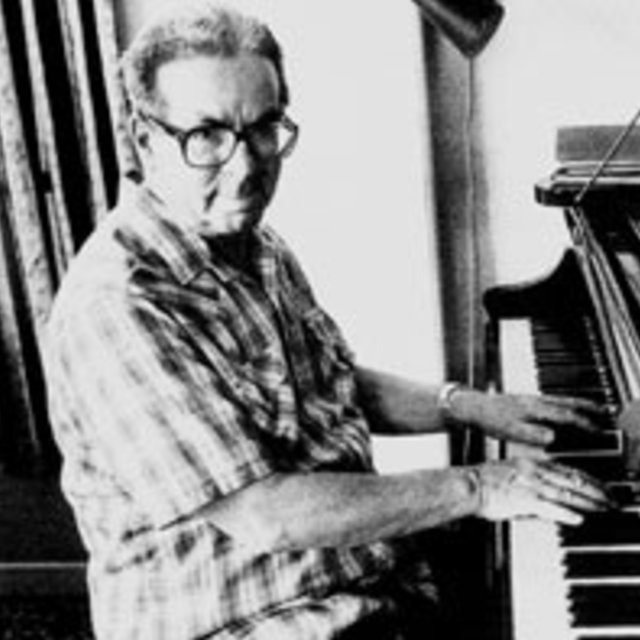 Douglas Mews was well-known as an organist, composer, teacher and church musician, working in Auckland from 1969 until his death in 1993.

He was born in 1918 in St John's, Newfoundland, Canada, where his organ studies began with R. T. Bevan, an English organist who spent some time as Organist of St John's Cathedral in St John's.

In 1936 he went to study in London at Trinity College of Music, graduating with a Bachelor of Music in 1939 and was awarded the Lafontaine Prize for his FRCO performance.

At the end of the war he was stationed as a soldier in Holland, where he met and married Nancy Radius. They settled in London, where he became professor and examiner at Trinity College, as well as studying for his Doctor of Music, which he gained in 1961. During this time Mews was Organist of St George's Catholic Cathedral, Southwark, and gave many recitals in the London area.

With family connections in Holland, he began to become familiar with the Dutch organbuilding tradition, performing and broadcasting on Dutch radio. This experience of clear, transparent sounds and responsive mechanical action completely changed his outlook on music, both in organ performance and in composition, which was becoming his major focus.

In 1963 he took up a teaching post at Colchester Technical College (now called the Colchester Institute) and then in 1969 joined the staff of the University of Auckland Conservatorium of Music as Senior Lecturer in Composition, becoming Associate Professor in 1974.

Mews directed the music at St Patrick's Cathedral, and gave the Catholic Church in NZ some much-needed help in establishing new musical traditions, post Vatican II. He was awarded a Papal Knighthood in 1990 and died, three years later, in 1993.

Improvisation was one of Mews' great skills, not only within the liturgy but also in recitals. Unfortunately, he made only one commercial recording: a recital of Buxtehude, Bach, Britten, Mozart and Mews (Gigue de Pan) played on the organ of St Thomas's, Tamaki for Kiwi Pacific Records in 1971.

A Gloria with a refrain

A New Zealand Christmas (The imprint of His little feet)

for a cappella SATB choir with soloists, 3m

A Sound Came from Heaven

Concertino for Organ and Orchestra

for organ and string orchestra, 15m

Concerto for Two Pianos and Orchestra

for a cappella SATB choir

for viola and piano, 10m

Five Melodies of Passion and Dispassion

For the music of creation

for organ and small drums, 4m

Give thanks for life

for two-part school choir with piano

God of all time

God of the galaxies

for SATB or unison singing

I will comfort you

for trombone and orchestra, 21m

for SATB with optional accompaniment, 3m

Prologue, Fugue and Epilogue on the name 'Schnitger'

The Circle of a Girl's Arms

for SATB choir and ensemble, 8m

The Cloud on the Mountain

The Love Song of Rangipouri

for soprano and SATB choir, 11m

for choir, woodblocks and bells, 9m

The Stones of Glendalough

We do not hope to ease our minds

Will you offer me compassion?