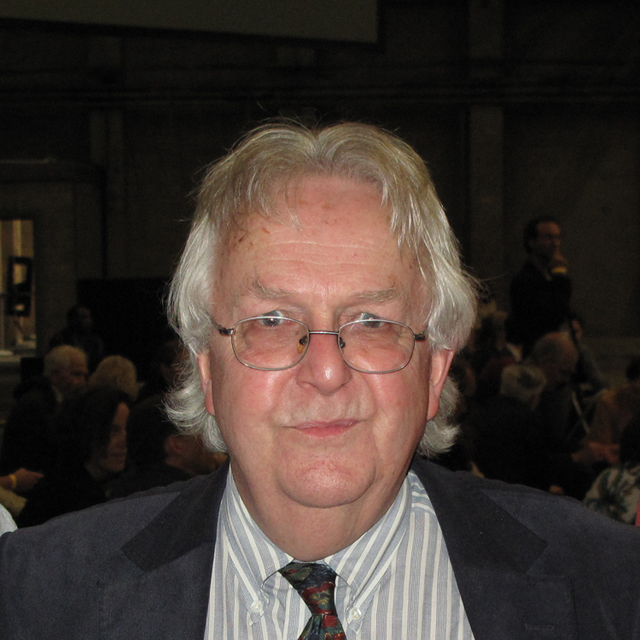 Robin John Maconie (b 1942 in Auckland) is a composer and writer specializing in the late 20th-century avant-garde. He is a published authority on the music of Karlheinz Stockhausen (1928–2007).

Educated at Hutt Valley High School and Victoria University of Wellington, he studied piano with Christina Geel and composition with Ronald Tremain at Cambridge Music School from 1958, and with David Farquhar at Victoria University while still at secondary school.   At Victoria University of Wellington 1960–63 he took a double degree in music and English literature, the latter under tutors Roger Savage and Don McKenzie. An active member of the Music Society and Drama Society, he organized a student reception for the visiting Igor Stravinsky at Rongotai Airport in late 1961 and met the composer and Robert Craft at a press reception at the Hotel St George and rehearsals of a celebratory concert at the University Little Theatre. (The visit to Wellington is chronicled by Craft in the second revised and expanded edition of Craft’s Stravinsky: Chronicle of a Friendship (Vanderbilt University Press: 1994): ‘The people of [Australia and New Zealand] did appreciate his visit and he himself was pleased with his reception there’ (280).)

For the Drama Society, Maconie both acted and composed incidental music for a controversial production of Aristophanes’ comedy Lysistrata. In 1961 he provided music for an experimental art house movie ‘Epstein’ commissioned by Hamish Keith for the Auckland City Art Gallery, and in 1962 music for Tony Williams’s experimental short film ‘The Sound of Seeing’ commissioned by John O’Shea for Pacific Films.

In addition to prizes for composition, in 1960 and again in 1962 he was selected to take part in national piano master classes under Bela Siki, performing works by Boulez, Webern, and Schoenberg.   An Internal Affairs bursary enabled him to study analysis with Olivier Messiaen in Paris for the academic year 1963–64. IN May 1964, while taking a summer course in German in Vienna, he composed the incidental music for John O’Shea’s feature length movie Runaway with the guidance only of a partial shooting script. The following academic year was spent in Cologne as a DAAD bursar studying the fundamentals of electro-acoustic music under the supervision of Herbert Eimert, and composition for film and radio under Bernd-Alois Zimmermann. During this period he also attended a range of practical and theoretical courses in new music organized by Stockhausen at the Conservatorium across town. An article ‘Cecilia ex machina’ detailing his experiences in Cologne was published in 1966.   Returning to New Zealand in November 1965, he composed electronic incidental music for two radio plays commissioned by the NZBC Drama Division, ‘Forbush and the Penguins’ by Graham Billing (1966) and ‘Jack Winter’s Dream ’ by James K. Baxter (1967). A temporary lectureship at Auckland University followed; when it ended in 1969 Maconie was forced to return to Britain to seek work. In 1970 he composed a tape work ‘New Zealand’ to be performed at the NZ Pavilion at the Osaka Expo ’70.    With the encouragement of John Mansfield Thomson he freelanced as a music columnist for The Times Educational Supplement and Times Literary Supplement, and was editorial assistant to Thomson in the initial years of Early Music. In 1972 Oxford University Press commissioned the first of a lifelong series of studies of the complete music of Karlheinz Stockhausen (1976, 1990) thereafter Scarecrow Press (2005, 2016). In 1980 he devised and assisted in compiling a television portrait of Stockhausen produced by Barrie Gavin for the BBC ‘Omnibus’ arts series. Also in 1980 he designed and operated an audio system to accompany Maurice Agis’s inflatable installation ‘Colourspace–Coloursound’ which operated for six weeks during the summer months on the Promenade outside the Royal Festival Hall. In 1982 an account of fractal music composition by random selection using an Apple IIe desktop computer was a cover story for The New Scientist. In 1985 and 1986 he presented papers on electronic music at Annual Conferences of the British Institute of Acoustics.   He has lectured at The City University, London 1972–74, Surrey University 1975–85, and Savannah College of Art and Design 1997–2002.     Since returning to New Zealand in 2002 Maconie has devoted his energies mainly to researching and writing on the history and philosophy of 20th-century music. In March 2006 his expanded Stockhausen biography, Other Planets featured on the cover of the Times Literary Supplement. He continues to contribute feature articles on contemporary music to The Musical Times and TEMPO.

for tenor and string quartet, 5m

No Man is an Island

for speaker, soloists, choir and horn

for solo violin or other melody instrument, 10m