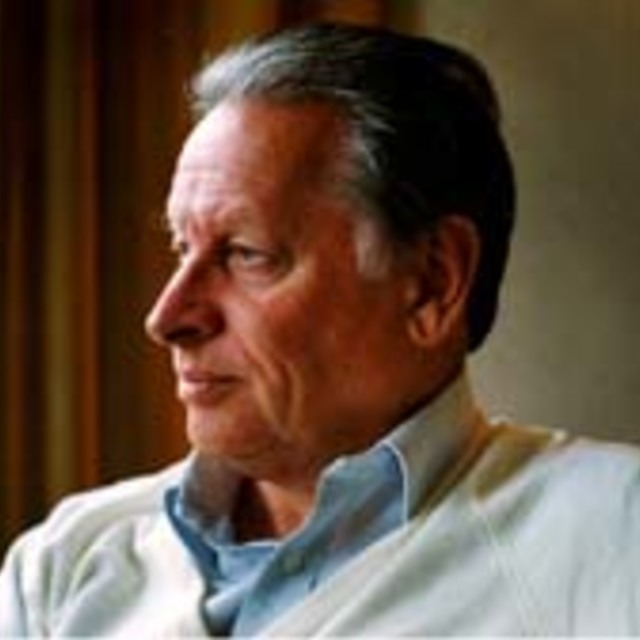 Born in Auckland, New Zealand, in August 1926, Edwin James Nairn Carr studied music at Otago and Auckland Universities from 1944 to 1947, then travelled to London on a New Zealand Government Bursary to study composition with Benjamin Frankel at the Guildhall School of Music. He studied under Frankel until 1953, during which period his Mardi Gras Overture won first prize at the Auckland Festival (adjudicated by Eugene Goossens), and his Three Dances and Epilogue for two pianos won him the Overseas League Medal. A British Council Scholarship awarded in 1954 allowed Carr to study with Petrassi at the Conservatorio di Santa Cecilia in Rome, and another scholarship awarded in the same year enabled him to attend the Accademia di Chigiana at Siena.

In 1955 he was appointed Musical Director of Il Nuovo Balletto d'Italia for their extensive tour of Italy and composed two ballets for this company, Electra and Caccati dal Paradiso. Another British Council Scholarship, awarded in 1957, enabled Carr to study with Carl Orff at the Hochschule für Musik in Munich for a brief period.

Carr returned to New Zealand in 1958, where he completed commissions for the NZ Broadcasting Orchestra, the NZ Chamber Music Federation and the Auckland Association of Organists. He lectured at Victoria University in Wellington in 1959, and in 1960 travelled to Sydney where he worked for the ABC. He did not remain in Australia long, however, and later that year returned to England to teach at the Suffolk Rural Music School and at Civic College, Ipswich. He continued his studies with Benjamin Frankel in 1961 and 1962, and spent most of the 60s in England, where a number of his compositions were performed.

In 1970 Carr received a commission from the British Arts Council for Nastasya, a three-act opera based on Dostoyevsky's The Idiot, and returned to New Zealand to work with librettist Edward Hill in Wellington. This opera was completed in England the following year. In 1973 he took up a two-year Mozart Fellowship at Otago University, Dunedin (NZ).

Carr moved to Sydney in 1975 and became a lecturer at the NSW State Conservatorium of Music, as well as teaching piano and composition privately. He continued to compose, receiving commissions from the New Zealand Embassy in Bonn, Musica Viva, Radio NZ, the Australia Council and Sally Mays. He was also commissioned by Alberts to write a harmony book for students in 1976.

Edwin Carr returned to New Zealand in 1984. He continued to teach until the end of 1987, thereafter devoting himself to composition. Carr's works have been performed internationally, and have also been recorded. A conductor as well as a composer, Carr himself conducted some of these recordings, including that of Nastasya, and concerts of his own and other composers' music in New Zealand and Australia.

Edwin Carr died in March 2003 at the age of 76. His autobiography, A life set to music: the autobiography of Edwin Carr, was published by Blanchard Press in 2001.

for mezzo-soprano, oboe and piano, 14m

for soprano, piano and orchestra

for clarinet and orchestra, 8m

for oboe and orchestra

for oboe and piano

for piano, percussion and orchestra

for oboe and piano

Five Fragments from The Song of Solomon

for baritone and orchestra, 14m

for baritone and piano, 14m

for oboe d'amore (or oboe) and piano, 6m

comic opera in one act, 40m

for oboe, oboe d'amore (or cor anglais) and piano

for mezzo-soprano and viola

for mezzo-soprano and orchestra, 14m

for piano and orchestra, 20m

concerto for piano and orchestra, 20m

Poems for piano and orchestra

for piano and orchestra, 25m

for piano and string quartet, 12m

for SATB choir and orchestra, 14m

for SATB choir and orchestra, 19m

for violin and piano, 17m

Suite No. 2 - Four Dances from Electra

for two pianists and two percussionists

Suite No. 2 - Four Dances from Electra

Taupo - Te Ao Marama (The Eye of the World)

for piano and piano duet, 14m

The End of the Golden Weather

The Maze of the Muses

opera in one act

The Song of Solomon

The Twelve Signs: An Astrological Entertainment

for orchestra (without strings), 28m

for high soprano and piano, 7m

for cello and piano, 25m

for mezzo-soprano and violin, 8m

Trio for Horn, Violin and Piano

for horn, violin and piano, 12m

Trio for Violin, Cello and Piano

for viola and piano

for oboe d'amore (or cor anglais) and piano, 12m

Variations on a Theme by Beethoven

Voices of the Air!

for choir and orchestra