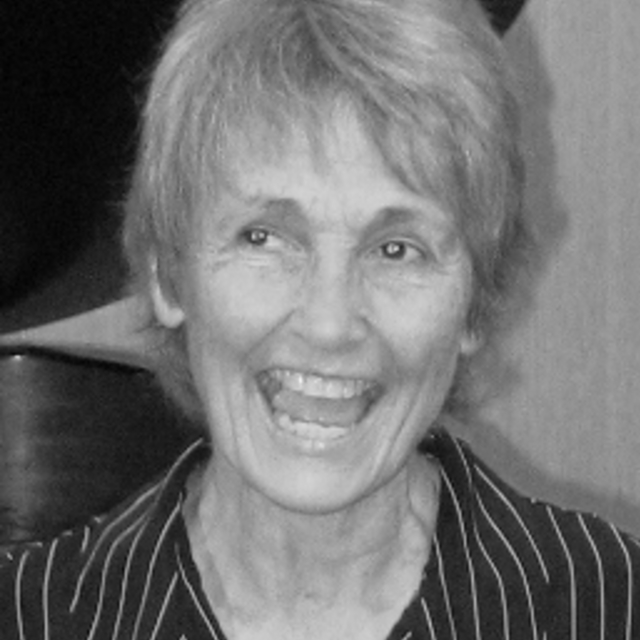 Gillian Bibby is a NZ pianist, composer and researcher who studied at Otago, Berlin and Cologne, her teachers including Stockhausen. She was awarded the Kranichsteiner and Darmstadt prizes in new music; was a Mozart Fellow (Otago University) and a Churchill Fellow. She has been active as a pianist in Europe, as a national recording artist for Radio NZ; as lecturer; as president of the NZ Composers’ Association; and she took a term on the National Council of the IRMT. She was an examiner for the AMEB for a decade, and now examines for the NZMEB; is also a Suzuki Teacher Trainer and one of NZ’s most successful piano teachers.

In 2000 she set up the CHAMPS Trust offering Wellington students professional training in chamber music, and in August 2013 was awarded the Marie Vanderwart Memorial Award by Chamber Music NZ ‘in recognition of outstanding service and commitment to fostering the love of chamber music.’

In 2009 she was instrumental in forming the Sunrise Trust, to commission, edit and publish NZ music for younger students. Publications which she has researched and edited include Sunrise: Music from New Zealand for Young Pianists (2008); Take Flight: Music from New Zealand for Intermediate Pianists (2010); and Living Echoes: The First 150 Years of Piano Music in New Zealand (2014). Her research into the earliest piano works written in this country has led to her giving lectures throughout New Zealand in 2015, on the subject 'Prodigies and Prostitutes: The Unexpected World of Piano Composition in Early New Zealand'. She is currently engaged in the selection of the best of the easier piano works of Douglas Lilburn to be included in Promethean Edition’s complete Lilburn piano music editions.

Recordings include 'Love, Life and Death', music by Mussorgsky, Ravel, Poulenc and Bibby; 'Salutes to Poets', songs by NZ composer Douglas Lilburn, with baritone Roger Wilson; 'Songs of the Morning', a musical account of the early exploration of the Antarctic, with diary entries and songs composed in the Antarctic by Gerald Doorly, Ernest Shackleton and others; 'Sunrise', NZ piano works; 'Take Flight', NZ piano works; and 'Gold: Songs of the New Zealand Diggings', recording the ballads of Charles Thatcher, a comic entertainer of the NZ goldfields in the 19th century. In addition a video of Sings Harry (Douglas Lilburn) with baritone Roger Wilson was recently made by SOUNZ.

On the occasion of her 70th birthday a concert was given at Victoria University with nine of her compositions from the years 1969 to the present day. Videos of performances from this concert, as well as other works, are available from SOUNZ, the Centre for New Zealand Music.

Current projects involve (i) continuing research into the early composers in NZ’s distant past, particularly those who wrote for piano, leading to a book on this subject, together with a 200-page companion volume of the more advanced of the music discussed in the book; (ii) the publication in several volumes of the complete works for solo piano of Paul Schramm; and (iii) the completion of a song cycle and large series of piano pieces involving NZ birdsong.

Bird Looks in the Window

Blackbird in the Rain

Diablo dances with a demented cuckoo

for orchestra or military band, 11m

Grey warbler in the shadows

Jack jigs with the ghost of Gershwin

Lest you be my Enemy

for soprano, baritone and piano (different combination for each piece)

for clavichord, voice and percussion, 41m

Music for 3 and sundry listeners, 41m

Penguins Crying at Night under the House

Prelude: The Sun Has Risen

for baritone and piano, 12m

Tui in the Flax Bush

for voices and chamber ensemble, 15m

The Songs of the 'Morning' - a Musical Sketch

Gillian Bibby introduces Jack jigs with the ghost of Gershwin