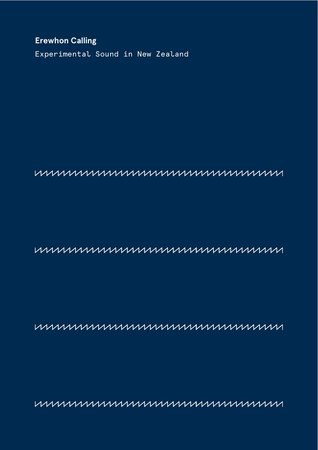 Erewhon Calling is a survey of how a bunch of antipodean misfits and malcontents have forged new ways and new reasons to make noise, here at the end of the earth. Edited by Bruce Russell (the Dead C.), in association with Richard Francis and Zoe Drayton; the aim of this volume is to survey the full range of ‘non-standard’ audio practices in contemporary NZ culture. The book’s remit runs from the borders of composed art music, through improvised noise, to deconstructed ‘rock’n pop filth’; and every genre, every scene, every permutation of unconventional audio practice in-between.

The aim is not to be comprehensive (there is literally too much vitality and diversity for any book!). The hope is to ‘throw a good handful of gravel into the pool’. While not every eel will have been hit, the surface will have been rippled from shore to shore, which is more than anyone else has even attempted before. Erewhon Calling makes room for many voices, allowing multiple and possibly conflicting voices and points of view. A range of artists and informed commentators mainly tell their own stories, describe their own work, and outline their own goals in working on the fringes of audio culture. The readers of this important new source book will be able to discern their own meanings and make their own connections from this thought-provoking and unique publication.

Co-published by Audio Foundation and CMR