This interview originally appeared as part of a feature for the SOUNZ December 2013 homepage, which can be found "here":/content/175eastdecfeature.

How would you describe Tendril and Nebula?

First of all, it’s a celebration of a great group of musicians. It was very exciting to be writing a piece for players I knew would attempt anything. That meant I felt free to challenge myself technically. Around that time I was immersing myself in a lot of free jazz and free improvisation, in the scene centred around The Space in Newtown. One of the things I was attempting in this piece was to translate some of that sort of energy into notated music – a sense of unpredictability, and rhythmic freedom, and the spontaneity of the interactions between the performers. It’s not a transcription of improvised music, but I think there’s a point of contact.

At the same time I was interested in playing with the experience of musical time, treating metrical divisions as spaces with their own independent subdivisions, with a focus on the flow of rhythmic energy, in place of metrical pulse. Indeed, a lot of the complexity in the rhythmic notation is designed to obscure the perception of pulse, while maintaining a sense of forward momentum.

The other main technical concern was an approach where the instruments are treated as sound sources, and attempting to deal with the way the ensemble texture changes over time. Of course this has to be abstracted into notated instrumental parts, but a lot of the gestural language is aimed at building these kinds of composite sound-events. This leads to a loose, episodic structure, and if there’s a linking thread through the whole, I think it’s in the accumulation of energy, and the transfer of that energy from one event to another.

And on another level, it’s just a collection of sounds I liked. I was particularly interested in playing with the audience’s expectations, by way of sudden, abrupt contrasts: between big, noisy set-pieces, and quiet, delicate linking materials; and between whole-ensemble textures and virtuosic solo outbursts. So it’s a bit rough in places, but that’s definitely part of the piece’s character.

The programme note mentions an electroacoustic inspiration - could you expand on this?

It’s a fairly loose metaphor, but it relates to a way of thinking about sound, and an attempt to work with notated instrumental materials in a way that puts sound first. Essentially, I was trying to treat instrumental gesture, and ensemble texture, as ‘sound objects’, and to separate out different sonic elements of these objects, and manipulate them independently. It also means that relationships between events, and musical materials, can be described in these sorts of sonic terms. Of course this sort of approach is still mediated through notating the music for instrumental performers – the manipulation of the sound is not as direct as turning a knob in a studio – but I found this a useful way of thinking about working with the musical materials of this piece. It’s also not pure, or particularly systematic; there are many places where the writing is still clearly ‘instrumental’. But the experience of working in electroacoustic music has definitely influenced all of my musical thinking. I think this influence can also be seen in the treatment of the instruments themselves – I try to be open to the whole range of sounds that the instruments can produce, and the way that these sounds can combine in an ensemble situation. (I’m trying not to use the words ‘extended technique’, because I don’t think the implied contrast with ‘normal’ playing is a useful one for this piece.)

Is there a difference in how you thought about the work 14 years ago and now? Do the inspirations for this piece continue to inspire you?

It’s an interesting exercise, writing about this piece now, and trying to articulate what I was aiming for at the time. Certainly experience and hindsight make it easier to describe what I see in the music now, but it’s clear that these explanations are not a direct translation of my thought processes at the time. Looking at the music now, I can see the beginnings of technical ideas which I developed further in subsequent pieces, and I can also see things which could be developed further, or taken in different directions, in other contexts.

One thing that strikes me is that what I see as the most interesting aspects of the piece are clearly different now to what they were at the time: when I finished the piece I felt that the best bits were the spectacular moments – the noisy climaxes, the complex solos, the eruptions and outbursts. Looking at it now, I’m much more drawn to the quieter parts in between, where the instrumental timbres blur into each other, where composite sounds are created, and where I’m not quite sure what I’m hearing. Although, as I said above, I think it’s the balance between these two types of experience which give the piece it’s interest. Perhaps that’s a reflection of a shift in my own taste, or at least in my compositional interests.

On a more general level, I’m still interested in a lot of the things that formed the starting points for this piece: the instability of the interactions between musicians, and the relationships between spontaneous and predetermined music; ways of producing aggregate sound-objects with live performers; the complex and problematic relationship between notation, performers and sound. But if I were starting a new piece today, I’d be approaching these questions from a different point of view.

What do you hope audience members will take away from this piece?

I’m generally reluctant to make prescriptive statements about how I expect music to be received. I’m always fascinated by what listeners do take from a piece of music, and I’d hesitate to suggest that anyone’s interpretation could be invalid. The openness to multiple interpretations, by both performers and listeners, is one of the things that keeps me making music. In one sense, I’m communicating with the performers, through the score, and the performers then communicate to the audience – I really enjoy this network of relationships. But that’s still evading the question.

It’s not an easy piece for the performers to put together, so there’s the tension and excitement that that generates. Most of all, I’d like listeners to be drawn into the sound-world, and to be carried along by the way the sounds, and the relationships between them, evolve over the course of the piece. I don’t think it’s a piece that communicates a specific idea – the imagery suggested in the title is quite vague and abstract. So I’ll settle for: ‘listen to the sounds.’ 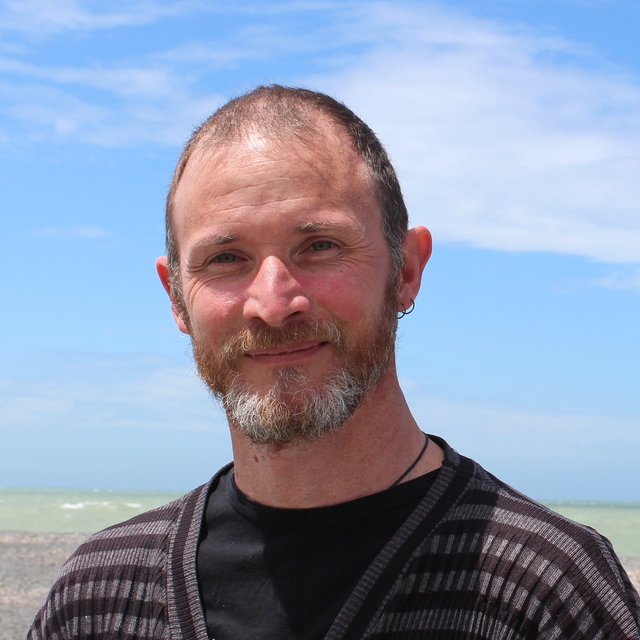 for chamber ensemble
by Philip Brownlee in 1999
14m