A public concert to honour the life and music of Wellington composer Jack Body, who passed away on 10 May, will take place at St Andrews on the Terrace this Sunday, 24 May at 2pm.

The hour-long concert, which was largely programmed by Body himself during his long battle with cancer, will feature performances by his friends and collaborators the New Zealand String Quartet, Baroque Voices, Anna Pierard, Martin Riseley, Jian Liu, Mere Boynton, Linden Loader and the Gamelan Padhang Moncar.

Body was not only one of New Zealand’s most prominent composers, having had works performed and recorded by renowned orchestras and ensembles worldwide, but was also a champion of New Zealand music, instigating numerous recording, publishing, performance and commissioning projects involving fellow New Zealand composers. For more than three decades, he was an inspirational teacher and member of staff at Victoria University’s School of Music.

Body was also a great advocate of cultural exchange between Asia and New Zealand, and facilitated numerous projects involving composers and performers from throughout the Asia-Pacific region. He was an Honorary Member of the Asian Composers League, and spent much of his life travelling through Indonesia and China, documenting the indigenous music there. Influences from these encounters, including transcriptions of folk music, appear in many

To honour this Asian connection, the sounds of Wellington’s own Indonesian percussion orchestra, Gamelan Padhang Moncar, will fill the church as audience members arrive and depart, and the New Zealand String Quartet will include one of his transcriptions of music from the Bouyei minority of China amongst the works to be performed.

In recognition of his substantial contribution to New Zealand artistic activity, Body was made an Arts Icon of the Arts Foundation of New Zealand on 5 May, inheriting the award from Ralph Hotere, who had collaborated with Body on a project in 1975.

“Jack was a central force in the lives of many New Zealand performers and composers,” says concert organizer Michael Norris, “and his loss has left an enormous hole in the community. His passion, initiative, generosity and almost childlike wonder at the world’s musical cultures was infectious. Jack enriched the lives of many people in this way — and for some, his influence was life-changing.”

St Andrews on The Terrace
Wellington 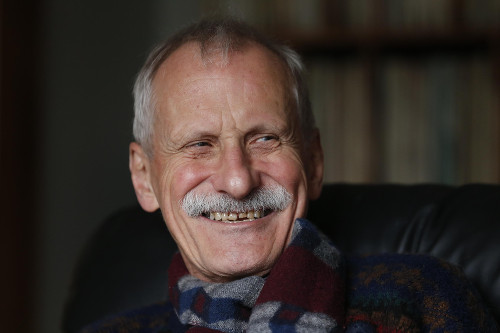 Cries from the Border

for string quartet and six voices
by Jack Body in 2014

for soprano, mezzo-soprano, spoken voice and a dancer
by Jack Body in 1982
13m

Songs and Dances of Desire: In Memoriam Carmen Rupe

for solo guitar, mezzo-soprano, counter-tenor and orchestra
by Jack Body in 2012

for flute, guitar/lute, sixian, and string quartet
by Jack Body in 2008