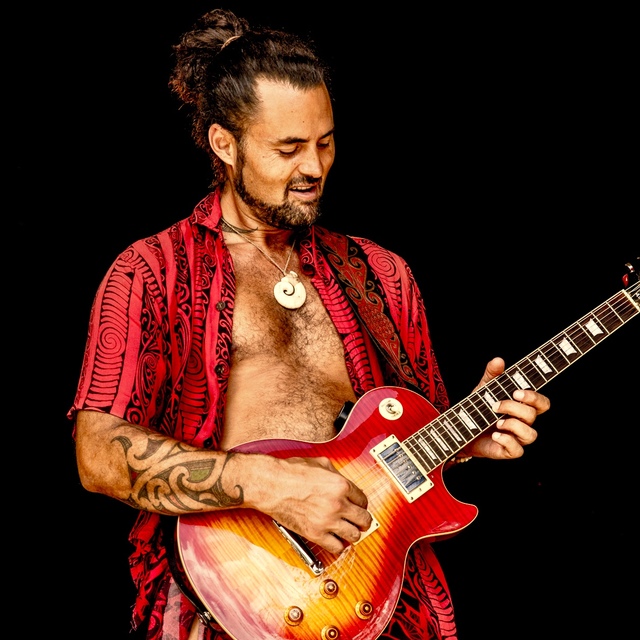 Matiu "The Hook" Te Huki is known for his amazing vocal skills and energy and for his ability to powerfully hold, lift and connect with a crowd whilst either fronting a band or performing as a solo artist. He has a background in traditional Māori performing arts and theatre and has performed with the likes of Fat Freddies drop, Rhombus, Pitch Black, Tiki Taane, Anika Moa and many more of New Zealand's top artists.

As a singer-songwriter, the soul stirring messages in Matiu's music are positive, inspiring and unifying. His music has a strong Maori flavor using haka, chants and traditional Maori instruments. The music itself can be described as soulful roots with grabbing grooves, deep dub with beautiful bass, funk and a bit of hip hop. His performing name "The Hook" relates to his melody hooks and crafted bass lines that stick with the listener long after the song finishes.

Matiu was the founding member of the popular NZ roots band Homefire Burning and now leads his band, My Golden Soul. Matiu loves to improvise, collaborate and express himself freely.

"Matiu is not just a musician, he is a life coach, an artist, and a catalyst for change."

Breathe (Tihei mauri ora)
Come to Me Now
Coming home to you tonight
Did you know?
Did You Wrong
God's Child
Hakaranta
He mihi aroha (a gift of love)
I will be the love
I'm feeling
Just for You
Keeping It Simple
King in the morning
Magic
Me Maranga
Me maranga in ya face
Move with It
Nga Kaitiaki
Nothing to Fear
Open up
Piki ki runga
Poppies
Push Up
Rainbow Warrior
Raining Down on Me
Rise
Shine your light everyday
Stroopwaffle dance!
Sunshine
Tahuti Mai E Hine
Tane - This is a man
Tawhirimatea (Māori God of the wind)
Te Hiringa
Tiaho
Tu mai awa
Wai - Water
Watching You
We're coming
What's This Thing Called Love

Matiu Te Huki | All we be (Trinity Roots cover) - AUDIO