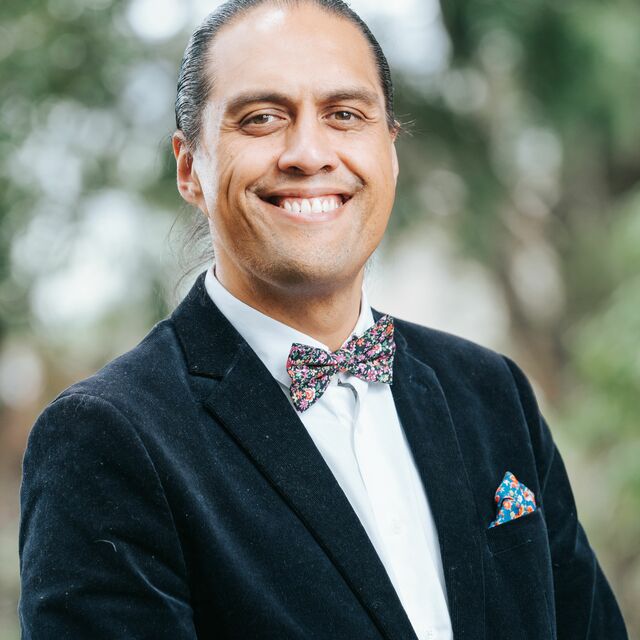 A leader of Māori language and cultural development, Kingi brings a depth and breadth of knowledge of te ao Māori. He is an orator, a kapa haka exponent and nationally recognised composer of haka and waiata Māori. A background in broadcasting has developed Kingi’s ability to build great rapport with anyone he engages with. His creativity and attention to detail has made him a highly sought after Māori language consultant. Kingi possesses the ability to adapt and transfer his skills to any context that presents itself and demonstrates great leadership qualities.

'Whāia te iti Kahurangi – Pursuit of Excellence,' known for producing songs that challenge both the mind as well as tradition, Kingi Kiriona is one of NZ’s leading composers of Māori music. He has produced close to 100 waiata and haka, many of which have won awards on the national stage. He also tutors champion Waikato kapa haka, 'Te Iti Kahurangi', to whom he attributes much of his growth and success as a composer.

Kingi draws his inspiration from social issues and Māori history, as well as his familial ties to the Pātea Māori Club, of which his father was a founding member. In 2015, Kingi received his MA (music), graduating with distinction. His dissertation focussed on the expression of cultural identity through haka.

Kingi co produced the album ‘He Kura Kāinga’, mixing haka with hip-hop and techno. Challenging the boundaries of tradition in such a way has seemingly paid off, with the hip-hop-haka mix ‘Atua Whiowhio’, being nominated as a finalist for the Maioha Award in the APRA Silver Scrolls.

Kingi is the Managing Director of Tupu Ora Education and Development Ltd.