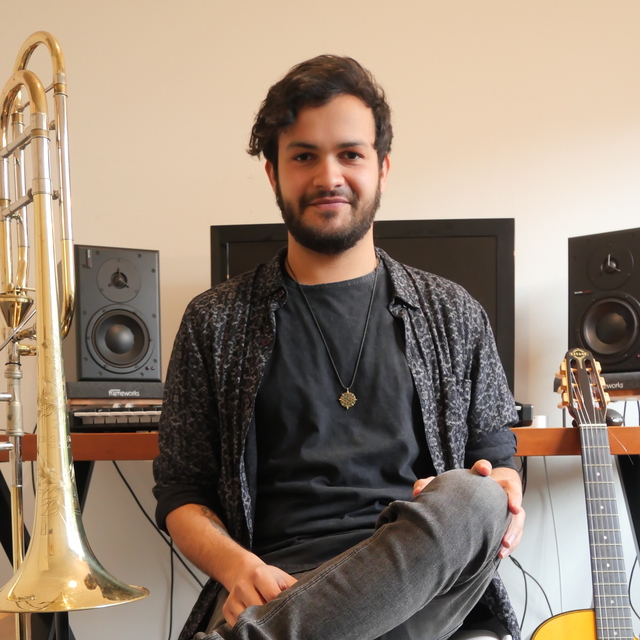 Julian is an emerging composer and multi-instrumentalist from Wellington who has enjoyed a diverse freelance career over the last decade as a trombonist spanning a wide range of genres and ensembles which include the New Zealand Symphony Orchestra, Orchestra Wellington, The Royal New Zealand Air Force Band, numerous Jazz ensembles as well as acclaimed bands Richter City Rebels and Raw Collective. Julian has held the position of Sub-Principal Trombone with Orchestra Wellington since 2015.

Julian’s interest in composition began with songwriting from his early teens to the present day. As well as orchestral music, Julian produces music in a range of styles including psychedelic rock, hip hop and electronic with a strong jazz influence under the pseudonym Valet Russe.

Other than trombone, Julian plays the guitar, piano, bass, violin, drums and sings. Outside of music Julian is also emerging as a visual artist.