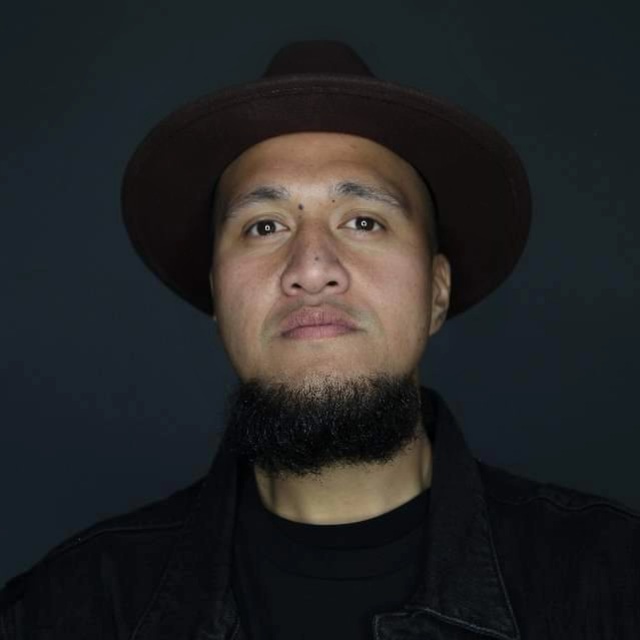 As an original founding member with Origin Roots Aotearoa, Eugene Temara leads as front man and singer/songwriter for the band. Eugene presents an incredible musical aptitude, is a skilled guitarist, keyboard player and pianist and has been composing since the age of 15.

"Born and raised in the heart of Te Whanganui-a-Tara. At a young age I knew what it was like to live in a world of diversity, I lived in an area where we had all ethnicities living amongst one another. Wellington is known for its arts and it was with in all due time that I followed the same trait."

Eugene has been a performing artist since the age of 8, with his cultural background helping to develop him over time to acquire certain skill sets.

"Tikanga, Kawa, Iwi, Hapū, Marae and the language has helped me stay grounded"

During the development of the band Origin Roots Aotearoa, Eugene had composed a song called 'Home/Ūkaipō':

"There was a need to write a waiata to call all our loved ones living abroad to 'hoki mai ki te ūkaipō'. This waiata inspired so many of our whānau to return home." This song was also sung and composed in Te Reo Māori and English.

"The key word for me is to inspire people, if music is a gateway to help people realise their inner potential then I want to be a part of that development. Singing, composing in both Māori and English is what my heart is set on doing."