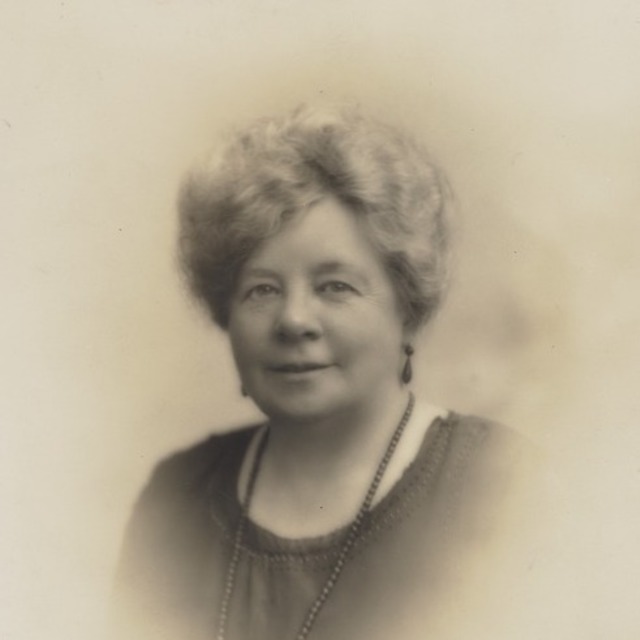 Alice Forrester Mackay (née Rowley) was born in Christchurch. She became a well-known teacher, pianist and composer in Christchurch, fighting deafness from quite a young age. Early encouragement to have her music published was given by Sir George Grey in 1888 and her first published piece was Hinemoa for piano. Because the family was poor her fees were paid through the generosity of a friend of her grandmothers’. In 1892 she eloped with Donald McLean, 37 years her senior partly to escape the all-female household of her grandmother and four maiden aunts. The couple lived on a 40,000 acre farm south of Ashburton and had two children. McLean helped support his wife’s family by regularly sending them produce from the farm, although he believed that the family took financial advantage of her and were expecting her to provide an income off which they could also live.

In the meantime she was travelling up to Christchurch once a month to continue her music studies, and in 1901 was only the second person and the first woman to graduate with a music degree from a New Zealand University.

After her husband's death in 1907, she married John Forrester the following year. He was also older than his wife. He died in 1920 and she eventually married Walter Mackay in 1931. His sister, Jessie Mackay, was a well known poet in New Zealand literary circles and also an emancipationist and fighter for the welfare of women. Alice set many of Jessie’s poems, including a set she called the 'Maoriland' Cycle. Although a few of her compositions, mainly piano music, were published, she left a large trove of unpublished songs (over 60). She herself claimed to have written nearly 300 works, many of which are now lost. Only 12 songs were ever published, the last in 1940, the year she died. It is impossible to accurately date most of the songs as the manuscripts bear no information other than title and poet. Some chronology can be ascertained from how she designates herself: Rowley, McLean, Forrester or Forrester Mackay, sometimes adding the Mackay, however because she often made later copies of songs even these designations can only be approximately used for dating the songs.

The music critic of the Canterbury Times writing in 1913 said ‘had she lived in the musical atmosphere of England her songs would no doubt, long ago have been heard in many countries.’ But he also observed ‘Her compositions are much above the average merit, and I think it only right to say that her songs should be printed and disseminated far and near.’

A Bush Song (from ‘Maoriland’)

Song of the Cradle

The Grey Ship (from ‘Maoriland’)