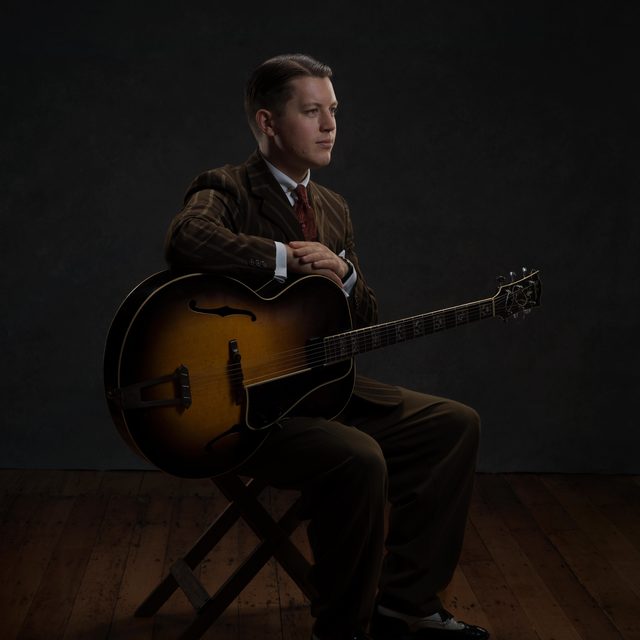 Alexander 'Honey' Boulton is a jazz guitarist, banjo player and composer residing in Pōneke, Aotearoa. Through exploration of different musical styles and traditions during senior high school (2012), he discovered his passion for jazz music and has since dedicated his time and energy to pursing a musical career.

He graduated from Te Kōki New Zealand School of Music in 2018 (BMus Hons) and specialises in Swing and Bebop guitar playing. He has since been performing original music with various ensembles around New Zealand, from large ensembles to duo and solo performances. Projects include Honey+11, a twelve piece ensemble performing exclusively Alexander’s repertoire, The Daytime Sleepers, an organ quartet performing his original soul jazz compositions.

Alexander arrived at his primary instrument of further study (guitar) through first learning and studying the banjo. His fascination with early African-American music led him on a path of discovery in regards to the history of the instrument and its effect on this musical tradition through the decades, from clawhammer banjo, to the later styles of playing of Plectrum and Tenor banjo in a jazz setting. Alexander has written and performed compositions in the aforementioned styles, either as a solo artist, or with Pōneke based ensemble The Wellington City Shake-Em-On-Downers.

Education has been another focus of Alexander’s musical life, teaching both privately and for institutions such as the Young Musician’s Program at Victoria University. He aims to inspire others through his own passion for the art form and musical experiences.

In 2019 Alexander moved to London, UK and began performing around London. He ended up finding a second home at Kansas Smittys, a jazz club dedicated to the music of past and present, where he spent many nights either performing, listening or managing the bar. This lifestyle of total immersion in the culture pushed Alexander to further limits in his performance style and inspired a large body of work compositionally.

Through his compositions, Alexander aims to capture the fire and spirit of the great African American art form, and apply it to the context of living and performing in New Zealand, while paying due respect to the tradition. His influences are made up of a long list of composers/artists, including Charlie Parker, Bud Powell, Toshiko Akiyoshi etc. In 2019 he recorded and released his debut album ‘Portrait’, in an organ trio format, and in 2020 released ‘Les Charmants’, another collection of original music inspired by the group The Poll Winners.

Save It For A Rainy Day