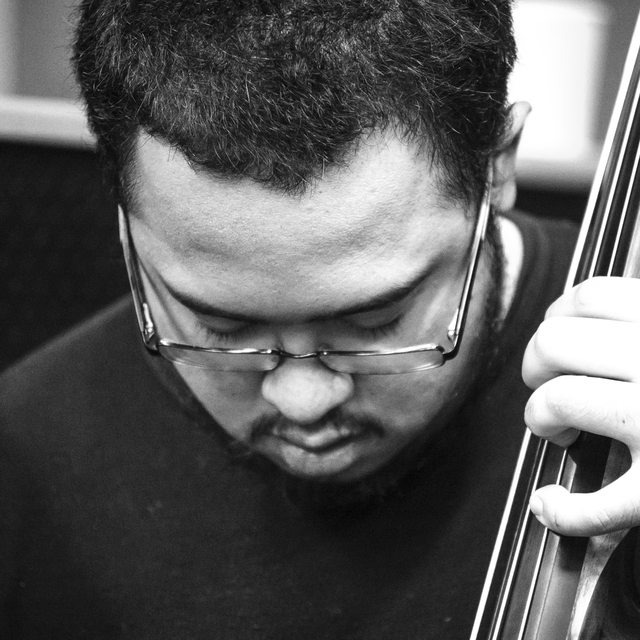 Umar Zakaria is a New Zealand bassist and composer filled with hope for the future. His music unites diverse musical traditions to inspire communication and cooperation across boundaries. In 2018 he was named Best Jazz Artist by Recorded Music New Zealand.

He has given performances across Europe, Asia and the USA alongside Myele Manzanza, Norio Maeda, Snorre Kirk, Fabia Mantwill and Ben Wendel among others. He is a student of legendary jazz bassists Cecil McBee and Lynn Seaton as well as NZ’s own Paul Dyne, and was awarded 2nd prize at the BASS2014 International Jazz Bass Competition. Umar also represented New Zealand as one of three bassists selected from around the world to participate in the Betty Carter Jazz Ahead program for jazz performer-composers at the Kennedy Center in Washington, D.C, and attended the renowned Banff International Workshop for Jazz and Creative Music in 2019.

As well as performing original tunes in his own quartets and trios over more than a decade of experience as a bandleader, Umar’s compositions have been heard on Radio New Zealand, at the Michael Fowler Centre in Wellington and in the Christchurch Town Hall. His orchestral scores were recorded by the New Zealand Symphony Orchestra for the NZSO/Todd Corporation Young Composer Awards in 2008 and 2010, and were performed by the NZSO and Royal New Zealand Ballet in a collaborative concert in 2012, while his jazz orchestra arrangement of ‘E.S.P.’ by Miles Davis was recorded by the New Zealand School of Music Big Band in 2014.

Being of Malay descent, Umar has spent considerable time exploring applications of Malay traditional music to the double bass and to jazz composition. In 2018, his innovative bass playing was featured on the album ‘Gelombunk’ by Malay percussion virtuoso Riduan Zalani, and he subsequently performed with Zalani’s traditional ensemble in Singapore at the Esplanade and at the Malay Heritage Centre. In the same year, he also performed his own Malay-jazz hybrid compositions in Singapore with Riduan Zalani and traditional accordionist Syafiqah Adha Sallehin.

Having developed a reputation for emotionally stirring performances, Umar now seeks to share heartfelt original music with audiences across New Zealand and internationally, in order to spread a message of courage and unity through the powerful sound of the double bass.