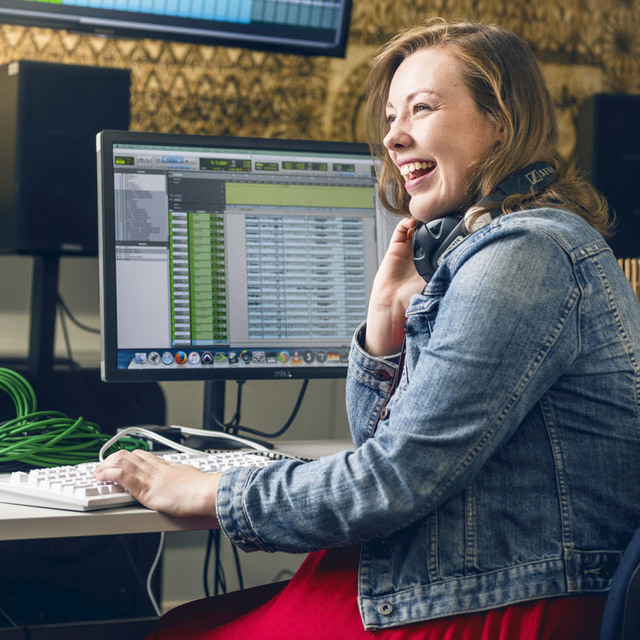 Caitlin Morris is a professional composer and cellist located in the South Wairarapa region. She began learning the cello aged fifteen under the tuition of Anna Hyland in Blenheim, and then completed the Grade 8 ABRSM cello exam studying under Lissa Cowie in Nelson 2012. Caitlin studied cello performance at Victoria University of Wellington: New Zealand School of Music under the esteemed tuition of Inbal Megiddo and Rolf Gjelsten, and composition under Michael Norris and John Psathas. She completed her BMus double major in Performance and Composition in 2016, then went on to complete a Masters in Fine Arts (Creative Practice) in Film Composition in 2018. During her time at the NZSM she received the Victoria University Excellence Scholarship, the Roy Jack Prize for merit in string playing, the Body/Harris Prize for best performance of a New Zealand work and the MFA Fine Arts Scholarship. Caitlin worked on an electronic dance score and music editing and mixing for Shivashish Andrews' art film installation Battle in Being, and advertisement videos for wearable tech products by Isabella Tencate and UWM while in University.

In 2017–2018 Caitlin was the Assistant Composer to Stephen Gallagher during an internship at Park Road Post Productions. Caitlin has also been involved in theatre productions in composing, improvisation and cello playing. She was the live cellist in the play Some Kind of Love, by Emanuel Garcia and co-composed the soundtrack to Twinkle, a children’s play by Little Dog Barking Theatre Company. She has also recorded string parts for Stephen’s soundtrack to the short documentary She Shears and the short film The Meek. She has also composed and produced music for the musical Heaven Help Me by Valerie Franklin. In 2019 she composed the soundtrack to Period, a play by Amy Atkins that was premiered at the Wellington Fringe Festival and is now being toured throughout schools in New Zealand.

As a soloist Caitlin has performed in many competitions with her husband, pianist Andrew Atkins, and with a number of orchestras including the Nelson Symphony Orchestra, the Marlborough Civic Orchestra, and the Tawa Orchestra. In 2020 Caitlin started up her own company CELLO.UNLOCKED LTD, which focuses on providing music education to all ages. She has started up a YouTube channel for cello education and has also become an arranger with music.notes to publish her cello quartet covers of songs. Caitlin is now teaching string instruments throughout the Wairarapa to all ages, bringing her passion for string instruments to rural communities to help grow music education in the Wairarapa.