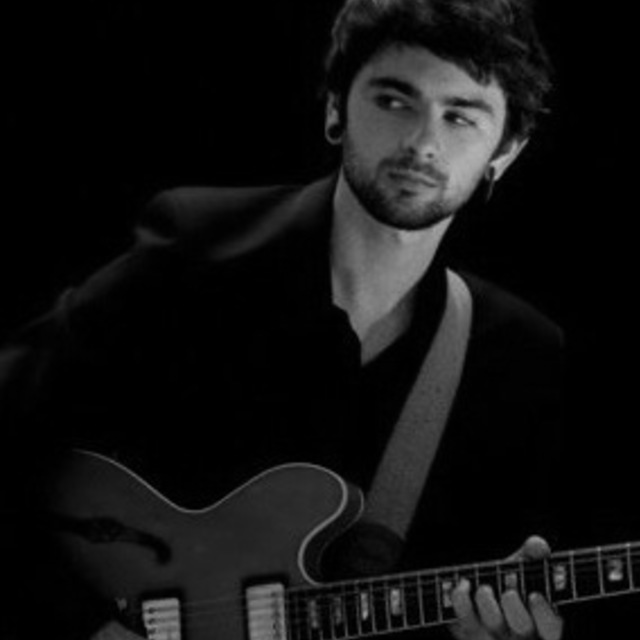 Born and raised in small-town Motueka (New Zealand), Callum’s successful music career began early. At 15, he started his own jazz group and started gigging around the Nelson area, as well as participating in various festivals and competitions. His achievements include winning the “Most Outstanding Jazz Guitarist” and “Most Outstanding Musician” awards at the Southern Jam Youth Jazz Festival. His teaching career also began around this time, tutoring several students jazz guitar privately.

Having found an undying passion for jazz music and performance, Callum moved to Wellington and completed a Bachelor of Music and a Post-Graduate Diploma in Jazz Performance at the New Zealand School of Music (NZSM). Since his arrival in Wellington, he has played alongside many big jazz names. Such experiences include opening for George Benson with Rodger Fox, playing in the Queenstown and Nelson International Jazz Festivals alongside the likes of Bob Sheppard and Bill Cunliffe and workshop collaboration with artists such as Branford Marsalis, Peter Bernstein, and Dick Oatts. Other appearances include playing on the TV show, “One Night Only” and solo performances at the Michael Fowler Centre.

Callum continued to teach during his time at university, tutoring Jazz Theory at NZSM and jazz guitar in the Young Musician’s Program, as well as private guitar tutoring. In 2013, Callum moved to Berlin to hone his skills as a guitarist and seek new sounds and inspiration. Returning to NZ in 2014, Callum and Jake Baxendale went on tour, teaming up with Australian pianist/composer Luke Sweeting to tour New Zealand with jazz ensemble Antipodes, and taking The Jac through Australia.

2015 was an exciting year for Callum, with The Jac releasing a new album and a repeat NZ/Australia tour with Antipodes in September/October. Additionally, his new self-named quintet allows Callum further scope for small-group writing and performing. In 2016 Callum’s Sons of Thunder took home the inaugural Best Jazz Composition Award at the NZ Jazz Awards.