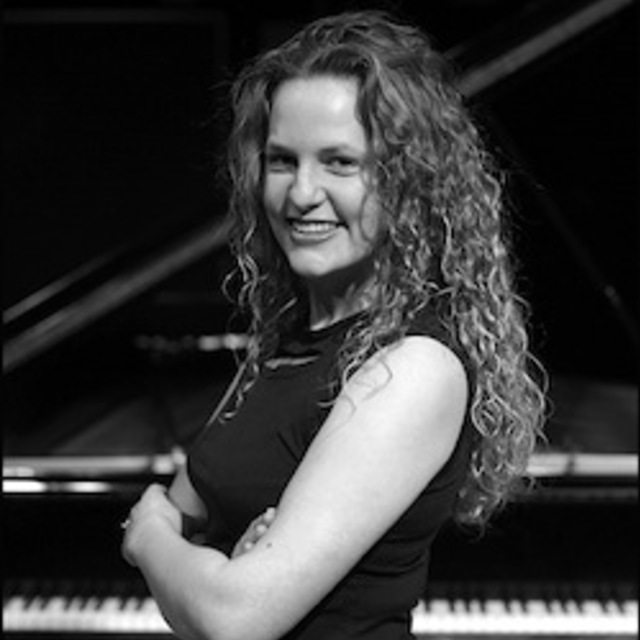 New Zealand-born piano virtuoso and composer Charmaine Ford has accomplished more than most musicians do in a lifetime.

Charmaine was born in 1980 in Tauranga, New Zealand. She moved to Auckland at the age of eight, already with two years piano training and from there rapidly progressed in her music career. Charmaine attended Rangitoto College on Auckland’s North Shore, where she became heavily involved in the jazz ensembles, both as a player and as a leader. This became her training ground for the Auckland jazz scene. Shortly after leaving high school, Charmaine won several national awards including Best Pianist, and Best Combo at the National Tauranga Jazz Festival Competitions. She was also awarded Jazz Musician of the Year by the Auckland Jazz Workshop two years running. From there, she toured to Australia with her jazz quintet, Carte Blanche and performed at the 1998 Manly Jazz Festival, in Sydney. Charmaine was selected as pianist for the New Zealand Youth Jazz Orchestra on four occasions, in which she toured throughout New Zealand.

She has released two self-penned albums, which showcase her extraordinary talent. Her sophomore release, Busy Silence, was awarded Best Jazz Album 2007 at the New Zealand Music Awards. Ford is the first female instrumentalist to receive this accolade. Her debut album Blues for Guppy was also a finalist in the same category in 2004.

Charmaine has played piano professionally since her mid-teens and has been composing since the age of six. At age 19, she was awarded a Travel Grant Scholarship from the Associated Board of the Royal Schools of Music (ABRSM) to study in London. There, Charmaine spent three months learning from two of England's top jazz educators, Nikki Iles and Pete Churchill, while also taking lessons from one of the world’s leading classical pianists, Professor Yonty Soloman. During her time in London, Charmaine was also privileged to have lessons with various jazz greats including American pianists, Fred Hersch and Danilo Perez.

Ford has performed extensively throughout New Zealand. In 2006, Charmaine performed in concert with Tim Beveridge and the NZSO at Wellington’s Michael Fowler Centre. She has been invited to play at many of New Zealand's international jazz festivals, as well as being invited to tour Australia with her trio.

Charmaine’s versatility extends into music education, an area she is passionate about. She holds a Bachelor of Music and has taught at the New Zealand School of Music (Massey University), in Wellington. She has been invited to teach and run Masterclasses all around New Zealand.

Charmaine currently lives in Sydney with her husband Justin and children: Caleb, Emmy, Trinity, Samuel and Phoebe. She remains an active performer and composer and is also in demand as an educator and session musician.