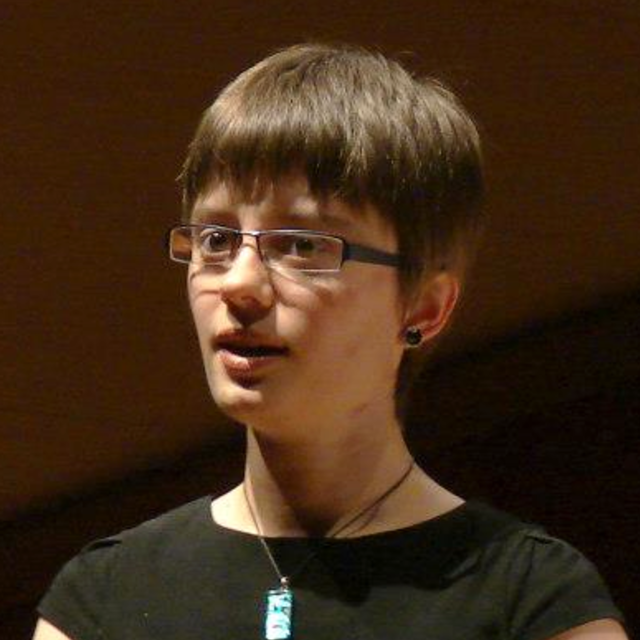 Tabea Squire (b. 1989) has a BMus, a GradDip and Honours in performance from the New Zealand School of Music, where she studied for five and a half years under Helene Pohl.

She has been commissioned to write works for the Manawatu Sinfonia, the Wellington Chamber Orchestra in collaboration with the Recorders and Early Music Union, and the NZSQ in collaboration with the Forbidden City Chamber Orchestra. She has also been informally commissioned to write works for 'Duo Giocoso' of Wellington (ROSL competition winners of 2009), Josh Rogan of Melbourne, harpist Ingrid Bauer, student violinists, and the four harpists at the NZSM in 2012. She has had works performed in all the major cities of New Zealand, and also at the 2012 Australian Harp Festival in Adelaide, in Melbourne, and in London.

Her works have been performed by a number of professional and amateur groups, including the SMP ensemble of Wellington, the Wellington Chamber Orchestra, the Hawke's Bay Orchestra, the NZSO National Youth Orchestra, Duo Giocoso, and informal groups of diverse instrumentations.

She has been a finalist at the NZSM Composers' competition five times, winning runner-up prizes four times out of the five. She was the NZSO/NYO Young composer-in-residence in 2008, and is so far the youngest to have been the awarded this residency. She has had pieces workshopped at the NZSO/Todd Corporation Young Composer Awards four times, and was awarded 'commended' and 'highly commended' in separate years of the awards.

"The...composer's orchestral ingenuity was as astounding as her assurance" -William Dart

Glimpses of Other Worlds

for flute, viola and harp, 8m

for piano or harp, 7m

for violin and viola