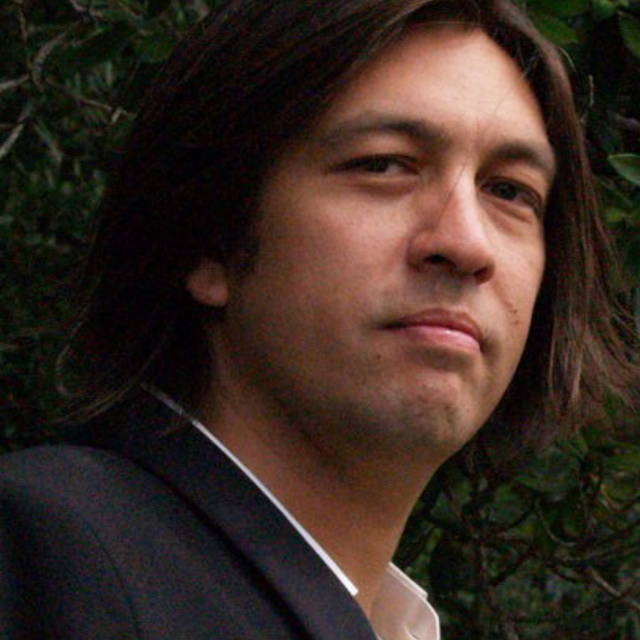 Joel Haines is a Film and TV composer and musician who has composed thousands of film and TV soundtracks over the last two decades. Joel grew up in a very musical family and started playing at age five. His father, Kevin, is one of New Zealand’s most prolific bass players and his brother, Nathan, is an international jazz artist.

At 11 years old, Joel featured on the TV show, ‘Jazz Scene’, with his father and brother and performed in international jazz and blues festivals. At the young age of 14, Joel started his professional career as a full-time musician whilst still attending school. Around this time, he began to be hired as a leading session guitarist by many chart-topping acts as well as Film & TV composers.

Joel soon started getting offers to compose scores for TV commercials and documentaries. Notably, ‘Relative Guilt’ was winner of the 1999 Qantas Media Awards. In 2001, Joel was asked to write a demo titles song for the South Pacific Pictures TV series, ‘Mercy Peak’. He won the job on the spot, and was offered the role as sole composer for the entire series, which lasted three seasons. This relationship with SPP and producer John Laing led to him composing the scores for the iconic ‘Outrageous Fortune’, ‘The Brokenwood Mysteries’, ‘Step Dave’, ‘Stolen’, and ‘Westside’, which opened the door to many other production companies. Screenworks duo, Chris Hampsen and Chris Bailey, engaged his services for ‘Hardout’, ‘Skin & Bone’, 'Diplomatic Immunity’, and ‘Doves of War ’.

Other titles include ‘The Kick’, ‘The Golden Hour’, ‘Strongman the Tragedy’ (nominated for best original music at the NZ Television Awards), ‘The Price of Peace’, ‘Nights in the Gardens of Spain’, ‘Prison Families’, ‘DNA Detectives’, ‘Dirty Laundry’, ‘This Town’, ‘NZ Story’, ‘After the Waterfall’, and ‘Atomic Falafel’ - an Israel/German/NZ co-production.

In 2009, Joel was introduced to Tom and Sumner Burstyn and asked to compose the score for the Academy Awards contender, ‘This Way of Life’, in which he got to utilise his skills on guitar and his years of screen composing to produce a score which really put him on the map as a Film & TV composer.

As a musician, he has lent his skills in the studio and on stage to such artists as Hinewehi Mohi, Whirimako Black, Annie Crummer, Fiona McDonald, Maisey Rika, Cairo Knife Fight, The Straw People, Che Fu, Rikki Morris, and The Human Instinct.

Joel works from his Mt. Albert studio with wife and producer, Charmaine Batt, where he continues his passion of composing and performing in many diverse areas of TV, film, media, and music.