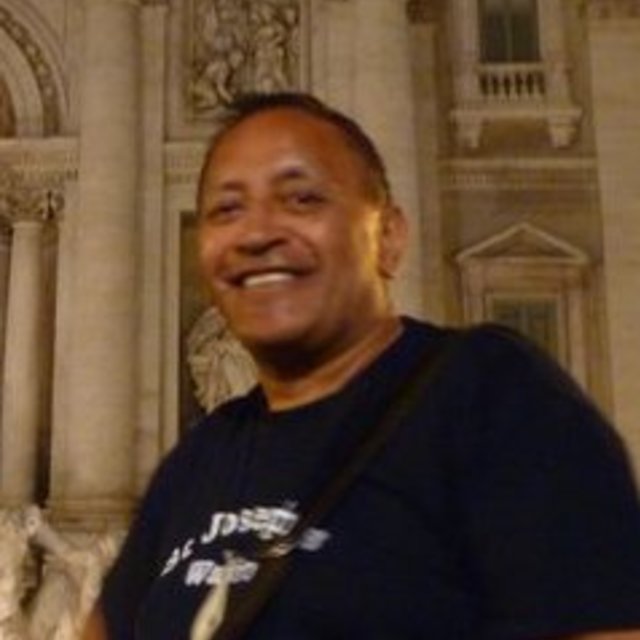 The photo above was taken with his tupuna whare (ancestral house) named Pourangahua.

Richard Puanaki was a Māori composer who taught in Wairoa, Hawkes Bay in the east of the North Island of New Zealand.

He was a visiting lecturer at the Māori Studies Department at the University of Waikato. Much of his music is not written down, but has been recorded by many Māori groups and choirs, including Te Whetu o te Rāwhiti and the Tower New Zealand Youth Choir.

His work Ka Waiata Ki A Maria is regularly performed throughout the world. Richard recalled how there was some resistance from conservative members of his church when he wrote this hymn, "They all wanted me to change the 'whare tangata' and replace it with 'whare atua'. This is the womb being referred to, and the more traditional or conservative among us are happier with the divinity of Jesus, hence the womb as a 'house of God'." Ka Waiata is now a frequently-sung himene at powhiri.

In the 1990s a choral score was written for He Waiata, and it was performed by the New Zealand National Youth Choir on their tour of North America. In 2007 the Schuylkill Choral Society, a renowned choir in Pennsylvania USA, obtained permission from Mr Puanaki to sing it.

Richard traveled with the Brown Joes to Rome for the Canonisation of Blessed Mary MacKillop. He was one of two who were chosen to represent the indigenous people of Aotearoa-New Zealand. He was a student and eventually became a principal (in 2003) at St Joseph’s School, Wairoa.

Richard Puanaki passed away in May 2021.