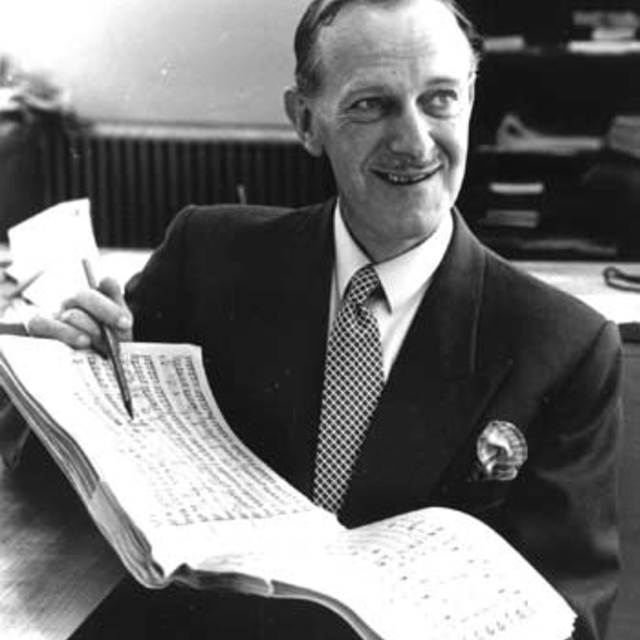 Hamilton Dickson (1906–1980) was born in Christchurch, New Zealand, where early in his musical career he became involved with theatre performances. As a cellist he played in silent picture orchestras from the age of twelve. In his teenage years he conducted an orchestra for ballet recitals in which his sister Jessie Dickson was one of the leading ballerinas. His desire to teach the voice and to develop his ability with composition came in the years of study at the Sydney Conservatorium of Music in 1933–34. Here he worked under Alfred Hill for composition and Roland Foster for voice. Hamilton Dickson performed regularly as a cellist in both the Sydney Conservatorium of Music Orchestra and the Sydney Symphony Orchestra throughout this period.

In 1935 Hamilton Dickson married professional pianist Eileen Decima Hughson. Decima Dickson performed regularly on the YA and YC radio networks for over 40 years from the earliest beginning of radio in Christchurch in 1928 until she retired in 1971 at the age of 65 years. This musical partnership, firstly with performances of cello and piano works in public recitals and radio broadcasts endeared Decima and Hamilton Dickson to a national audience.

Compositions written by Hamilton Dickson in the 1930s included many works for piano, and for cello and piano which they both enjoyed performing. A Country Suite, a set of three solos for piano is particularly notable. Several cello solos include Arietta in A minor, and Romance in F Major. Once established as a singing teacher in Wellington in 1935, Hamilton Dickson (or H.D. as he was affectionately called by many of his students over the next 45 years) became completely dedicated to the needs of his students. After WWII, his studio was the scene of many concerts with successful singing students gaining experience in these early performances before launching into careers in New Zealand and overseas. During the 1950s and '60s he enjoyed conducting concert version performances of popular light operas of the day with his students singing as soloists and members of the chorus, with full orchestral accompaniment. Following this, for nine years he conducted annual performances for the Wellington Gilbert and Sullivan Society. Further compositions included two sets of Preludes for piano, written as birthday presents to Decima in 1944 and 1946. Many songs written for students during the 1950s included 'Tears', 'Alone', and 'A Phantasy'.

Hamilton Dickson was frequently asked to adjudicate the vocal sections at competition festivals around New Zealand. His sympathetic and detailed report sheets were cherished by many a competitor and were frequently referred to - some reappearing years later amongst memorabilia. In the last ten years of his life Hamilton Dickson suffered with increasing ill-health, but continued to teach singing and advanced theory of music until 8 hours before his death. He passed away peacefully in his sleep at the age of 73 years, leaving his current students in a state of disbelief at what appeared to them to be an unexpected death.

I Prayed - I Sing