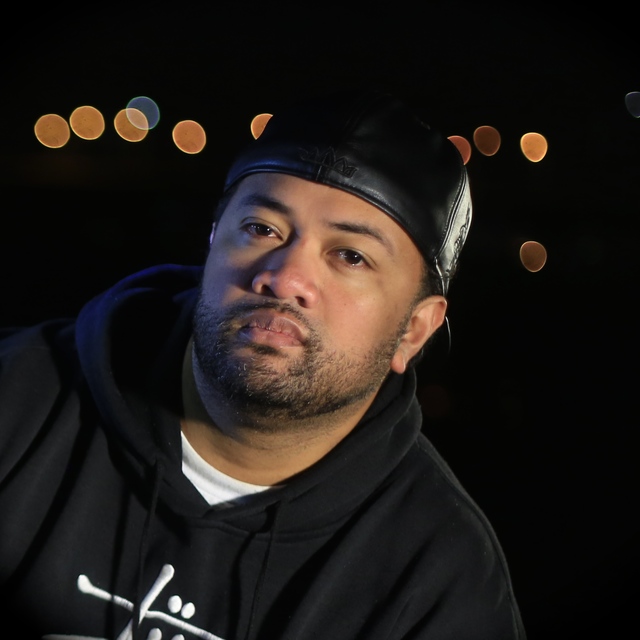 Of Sāmoan descent, Sound, Music & Video Producer Anonymouz (aka Faiumu Matthew Salapu)’s work spans traditional music composition and production through to experimental avant-garde sound art. His thorough approach to research, engagement and innovative application means his skills are in high demand in both the traditional and wider creative industries.

In 2013, Anonymouz was appointed Music Director for the Auckland Philharmonia Orchestra’s “APO Remix” programme and in 2014, he was commissioned by NZ’s flagship Pacific Radio stations Radio 531 PI & NIU FM to create their rebranded imaging music which still plays every four minutes to this day. In 2016, Anonymouz was one of 20 Pacific artists who attended the 2016 Festival of Pacific Arts in Guåhan (Guam) as part of the Aotearoa delegation, premiering an original 20 minute audio soundscape work at the Guam Museum created exclusively out of audio samples recorded around the island. The work premiered at the Guam Museum as part of the 2016 Festival of Pacific Arts, at the Auckland Art Gallery, Mangere Arts Centre and at Nga Taonga Sound & Vision, Wellington.

In 2018, Anonymouz was commissioned by the internationally acclaimed, leading Pacific Dance company 'Black Grace' to create a 30 minute sound work which premiered as part of the inaugural Guerilla collection at the ASB Waterfront Theatre. Anonymouz was also one of three Pacific composers commissioned to respond to the work of Len Lye – Tusalava. The work was presented at the Mangere Arts Centre in 2014 along with Len Lye’s film and featured again in 2018 as part of Te Papa’s Len Lye at ‘Toi Art’.

In addition to his work in the music industry, Anonymouz's skills have also been commissioned for major projects for many other non-profit, corporate and creative institutions such as Auckland Museum, Auckland Philharmonia Orchestra, Auckland Art Gallery, Auckland Theatre Company, Auckland Libraries, Auckland Transport, Auckland Council, Royal NZ Ballet, Aganu’u Fa’asāmoa 101, PIPA, Black Grace, DB Breweries, Vodafone, Mackie Research, Massey University and many others. In 2015 he was appointed by Auckland City Council to oversee the production of permanent soundscapes built into the exterior roof soffit of the new Glen Innes Music and Arts centre facility "Te Oro”. Unveiled a year later, it was the first time a non-physical public art work had been commissioned by a local authority in New Zealand.

Anonymouz | Be Right There - VIDEO

Anonymouz | Jingle Behind the Scene - VIDEO

Anonymouz | Riding For My Father - VIDEO

Anonymouz | Tha Movement "No Doubt About It" - VIDEO

Anonymouz | The Hypnotics "Some Say" - VIDEO

Anonymouz | Under The 'Au - VIDEO