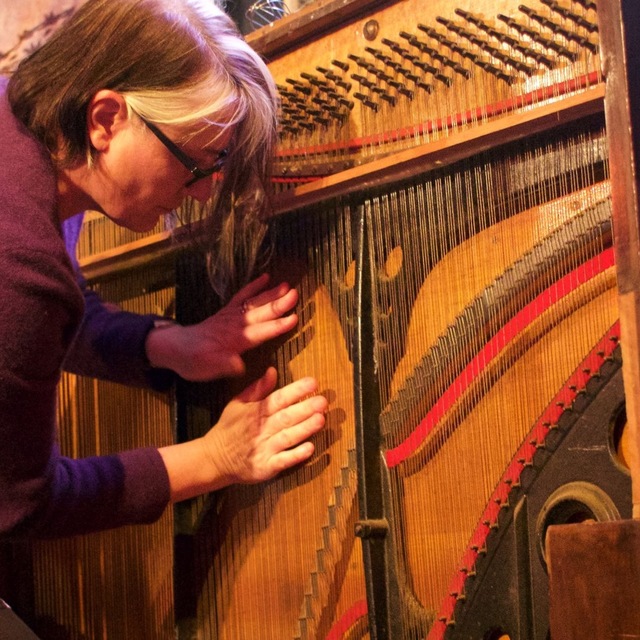 Glenda Keam is a composer, music analyst, lecturer, educational leader, new music advocate and festival organiser. She was awarded a PhD in Music by the University of Auckland in 2006 for her analytical thesis “Exploring Notions of National Style: New Zealand Orchestral Music in the Late Twentieth Century”. Earlier achievements include an MMus (1st class) in Composition from the University Of Auckland (1986). In the early 1990s she studied composition with Anthony Gilbert in Manchester.

Glenda was President of CANZ (the Composers Association of New Zealand) from 2007 – 2017. In 2019 she was elected first female President of the ISCM (International Society for Contemporary Music), an organization dating back to 1922. Earlier appointments included time on the ISCM Executive Committee (including Vice-President from 2016) and four years as Treasurer of the NZSME (New Zealand Society for Music Education).

Glenda’s compositions have been performed in Australasia, the US, Canada and the UK. She was a member of the National Youth Choir of NZ, the Academy of St Martin-in-the-Fields chorus in London and the Britten Singers (formerly BBC Northern), and enjoys performing as a piano improviser.

Glenda has represented New Zealand at international festivals in Australia, Croatia, Slovakia, Austria, Poland, Slovenia, South Korea, Canada, China and Estonia. She devised, curated, and organized the (09)03 Contemporary Music Festival held in Auckland in 2003, and co-curated the "New Zealand in LA" Festival of New Zealand music in 2012. She is Festival Director of New Zealand’s first ISCM World New Music Days, which – combined with the Asian Composers League Festival – will take place in Auckland and Christchurch in April 2020.

for cello and bass clarinet, 5m

Does not play well with others

Eduardova travels in the tram

from the green notebook

Get [a catalogue of imperatives]

for mezzo-soprano and viola, 6m

for mezzo-soprano and piano, 3m

His not impossible She

for tenor and piano, 5m

for medium voice and piano, 5m

for medium voice and piano, 4m

for soprano and guitar, 4m

Glenda Keam: What do we think we're doing when we are composing? - VIDEO