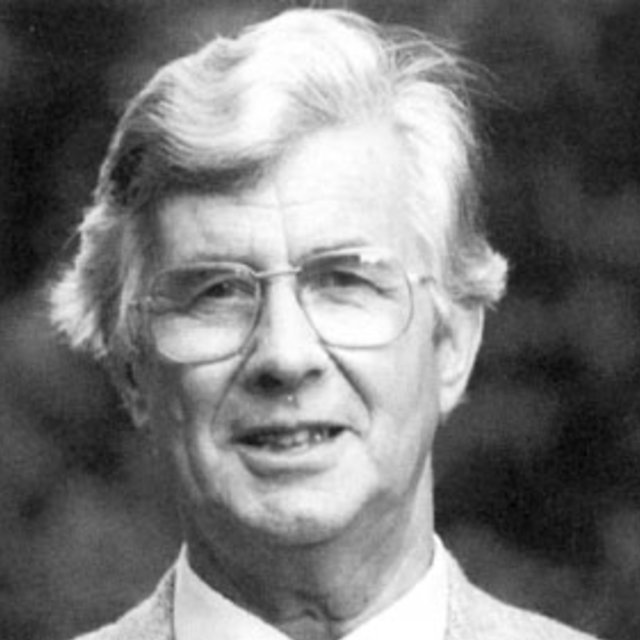 A farmer's son from the Fen district of England. A musical mother with ambitions that I should become a chorister in King's College Chapel Choir. So that was when it started - 1931- the greatest influence of my life. I next got a music scholarship to my secondary school, and then returned to King's as a bass choral scholar, and to read music.

After the war I started to teach, and eventually became Director of Music at Marlborough College. In 1958 I moved to New Zealand, where I was a lecturer in music at Auckland University, and organist at the Anglican Cathedral. Some of the recordings the Cathedral choir made were given prominent support in the papers in Britain. In less than a year I became conductor of the Auckland String Players, which I developed into the Symphonia of Auckland. I had to give this up in 1968 as I was spending too much time away from the University.

In 1961 I took over the Dorian Choir, which ten years later won the BBC Competition "Let the People Sing". In 1975 and 1977 the choir toured Europe, performing a whole concert for the BBC Proms, and were the first "outside" choir for 250 years to give a concert in the Three Choirs Festival.

In 1972 I was invited to take the University Choir to a Special choral Festival in New York. We toured in England after that. In 1974 this choir sang in Perth and other Australian cities. In the early 80's I became involved with the National Youth Choir, touring Europe in 1982 and 1988.

When I became Professor of Music at the University I had to give up my commitment with the Cathedral, and very soon missed my involvement with Sacred Music. In 1982 I was invited to become organist of Wellington Cathedral, and so became involved with a new musical sphere. I was soon appointed conductor of the Orpheus Choir. In 1985 I founded the New Zealand Choral Federation.

In 1989 I was invited to Melbourne to help establish a Choral Foundation at Trinity College. After returning to New Zealand I settled in Kapiti, where I started a Chamber Choir and a large all-comers choir called the Kapiti Chorale. Every other year we also got together a Community Choir to perform major sacred choral works - Messiah, Verdi Requiem, Bach's St Matthew Passion, and Mendelssohn's Elijah.

After working with these choirs for about fifteen years I retired from my professional activities. However, a choir had been established at St Michael's Church Waikanae in 2000, and I took this over in 2004. I have been playing the organ for Sunday morning services for about ten years.

Although my first choral work was written while I was still at King's Choir School, I have continued to write music for worship ever since. For example, I arranged a setting of the Communion Service at St Michael's based on Māori tunes, and we have been singing that for ten years.

Behold the Great Creator made

God Save the Queen

for SATB choir and cantor, 5m

Psalm Verses for 'The Way of the Cross'

The Carnival is Over

The Spirit of the Lord

Unison Setting of the New Liturgy

for SATB choir and cantor, 5m

God Save the Queen

Carol for a Dark Night

for SATB choir and piano, 2m

for SAB choir and piano, 3m

Wind on the Water