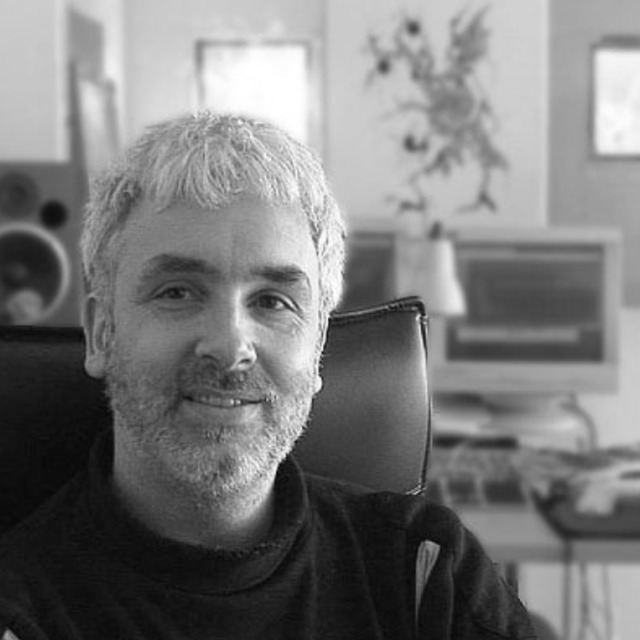 David Downes is a New Zealand born composer, filmmaker and performer who has pursued a diverse and individual creative career. His various music, sonic art, film and animation works have been performed, presented, screened and exhibited at numerous music, film, and arts festivals, galleries, concert halls and cultural events around the world.

Downes’s music, although broad in both style and form, draws its main influence from popular culture and is strengthened by several years of classical piano training and a post graduate degree in music composition from Victoria University Wellington. His work has included private and public commissions, theatre/film scores, orchestral pieces, electro-acoustic pieces, and songwriting. Downes’s music has been commissioned and toured by groups such as The New Zealand Chamber Orchestra, NZTrio, Stroma (NZ), Defying Gravity (Australia), BackBeat (UK) and Strike (NZ).

Downes has also worked alongside a number of notable New Zealand musicians and composers including John Psathas, Mahinarangi Tocker, Zane Te Wiremu Jarvis and Jack Body. Since 1988 he has also made a considerable contribution to modern choreographic work in New Zealand with his contemporary dance scores. Collaborations in this area include work with choreographers such as Michael Parmenter, Lyne Pringle, and Daniel Belton. Performance highlights include two 2005 southern hemisphere WOMAD festival appearances with Mahinarangi Tocker and a tour of the highly acclaimed 1999 Dance Opera Jerusalem, for which he both composed the 2.5 hour score, directed, and performed live as one of seven singers. Over the years Downes has also been invited to present lectures on his work at universities, festivals and art galleries.

An early fascination with video/film art led to subsequent work in the areas of experimental video, long form narrative filmmaking, animation and computer generated imagery and has resulted in the production of several award winning films including the 2000 digital feature A Small Life and the 2004 animated short Generation. His experimental video work has also been exhibited in gallery installations around the world.

Fascinated with the language of metaphor and believing firmly in the expressive strength of the medium hybrid, Downes often looks to other disciplines in the process of creating and realising ideas. His interest in technology and engineering has led to an ongoing design of new instruments, noise devices and experiments such as cross medium uses of motion capture data. For a year he also experimented with training a magpie for the specific purpose of performing an original composition.

During 2012–2013, Downes held the position of Creative New Zealand, Jack C Richards Composer in Residence at the New Zealand School of Music. 2014 saw the premier of Inner Phases, a work produced in collaboration with Michael Norris. This was performed and screened the New Zealand International Arts Festival and also in Christchurch, Hamilton and Auckland. Downes work, 'Four Welcomes' was premiered by Zane Jarvis at the opening of the New Zealand Pavilion at the Venice Architecture Biennale.

Andrea Bosshard and Shane Loader's feature film 'The Great Maiden's Blush', released in 2016, was accompanied by sound design from Downes. That same year he was also commissioned to create projected imagery for the Christchurch Symphony Orchestra's performance of Gareth Farr's Percussion Concerto featuring Strike. While back on the audio side of things, his ambisonic acousmatic work, Signal was premiered at Sound Dome 2016 in Auckland.

for Yahama Disklavier and electromechanical drums

for piano and tape

a score for theatre

for piano trio and film

for 4 performers with six long bamboo garden stakes and other percussion, 6m

for solo voice with tape/electronics

Mahinarangi Tocker: The Mongrel In Me - CD