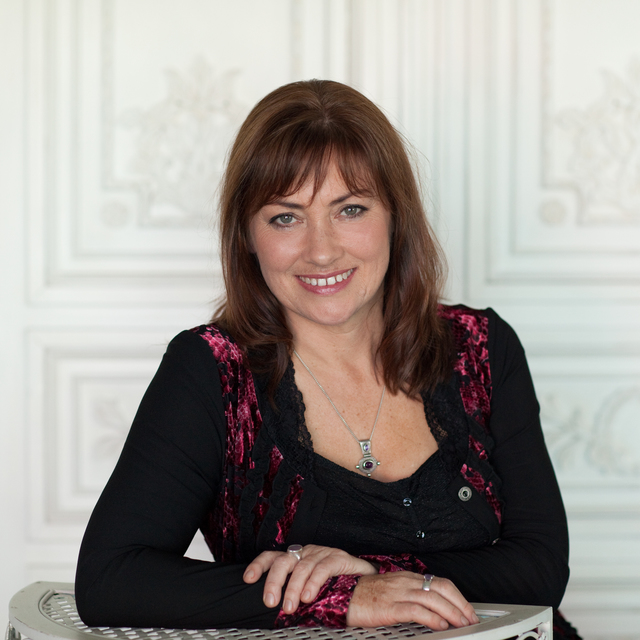 Brigid Ursula Bisley is a composer, arranger, transcriber, conductor, violinist, teacher and Kodály music specialist. She is a passionate community musician who believes that music should be accessible to everyone. In the early 1980s she studied violin performance with Mary O’Brien and David Nalden at the University of Auckland, and composition there with John Rimmer and John Elmsly. In 1982 she attended tutorials and concerts at the Institute for New Music in Freiburg, Germany, with Brian Ferneyhough, and also met Gyorgy Kurtag - both of whom made a lasting impression.

Brigid has a deeply personal language which upholds beauty and sensuality, and blends multiple languages including modality, chromaticism, microtonality, tonality and dissonance. She especially loves to write for strings and for the voice, and to set poetry to music. She enjoys collaborations with other art forms, dance and film in particular, and is becoming increasingly interested in mixed media and choral music. She has written for cello, piano, voice, Taonga Puoro, string quartet, mixed chamber ensembles and orchestra. She has been commissioned by Alexander Ivashkin, James Tennant, Stroma, the NZ String Quartet, Plexus (Melbourne), choreographer Alison East, film makers Alyx Duncan and Athina Tsoulis, playwright Charles Bisley and former Waitakere City Mayor Sir Bob Harvey. Other artists she has worked with include Richard Nunns, Mahinarangi Tocker, Whirimako Black, Rolf Gjelsten, Colin Carr, Stefan Cassomenos, Richard Liu, Elena Abramova, Lilya Arefyeva, Emma Roxburgh, Pepe Becker, Gina Sanders, Fiona Ferens, Mary Aston, Miro Duna and Hershal Herscher. Her works have been performed in NZ and abroad, and recorded and broadcasted on Radio NZ Concert FM. She was a finalist for the SOUNZ Contemporary Awards in 1999 withe her song cycle Come Back Safely.

Brigid studied conducting privately (1994-98) with Maestro Eliano Mattiozzi Petralia, an Italian conductor then resident in Auckland who encouraged her to pursue conducting as part of her career. She is now studying for a Masters in Conducting with Professor Uwe Grodd from the Auckland School of Music.

She was the founder, Musical Director and manager of the Waitakere Orchestra in West Auckland (2003-13) a highly successful and much loved semi-professional orchestra which performed repertoire from Baroque to contemporary including new NZ music, created performance opportunities for young soloists, and generated employment for freelance musicians. In 2006 Sir Bob Harvey, the orchestra’s patron, commissioned her to compose Waitakere Overture, for the opening of the new council chambers in Waitakere City, Auckland. This was premiered by the Waitakere Orchestra for the occasion and conducted by the composer along with her Glimmer of Blue, for solo vibraphone and strings, also written for the Waitakere Orchestra.

for mezzo-soprano and violin, 5m

for vibraphone and string orchestra, 14m

for soprano and percussion, 3m

This Land of Water

for narrator and ensemble

for orchestra and taonga puoro, 12m