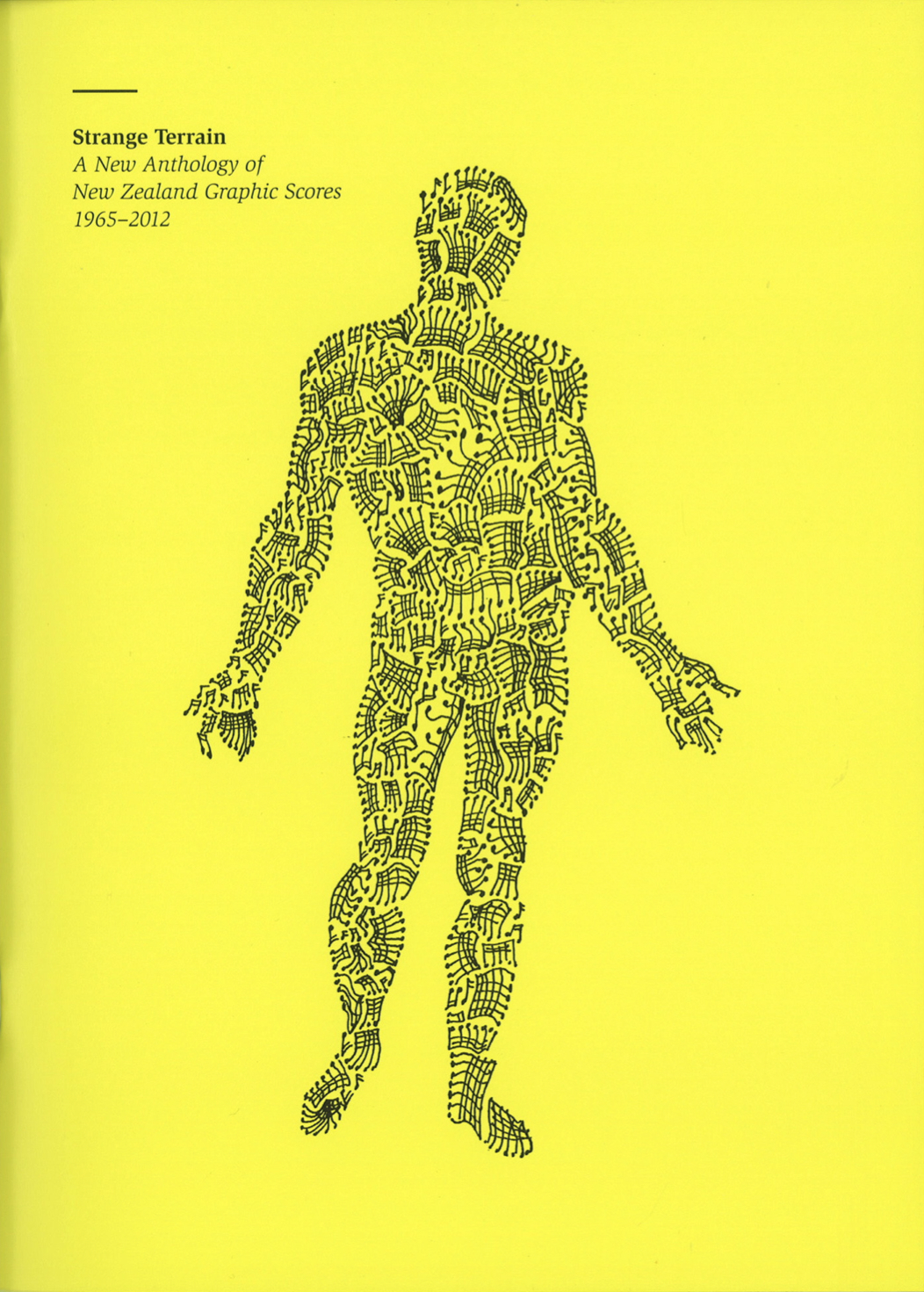 Entitled Strange Terrain, this booklet and CD version, professionally designed and typeset by Anna Brown of OpenLab (Massey University), covers a wide array of graphically-oriented musical scores. This booklet is accompanied with an audio CD and DVD collection of digital files.

A wonderful collector's edition for the coffee table, or even for the wall.

The booklet includes a CD-ROM which contains all the graphic scores in digital format, plus an audio CD of selected performances from the works. The full version contains nearly 150 pages of scores in a limited edition deluxe package, which can be found here.

Works range from 1967–2010, including a rare ‘visual score’ by Douglas Lilburn to The Return.

Crossovers with other artforms are numerous: poet Cilla McQueen is well represented, while visual artist Michael Smither has a number of ‘compositions’ included.