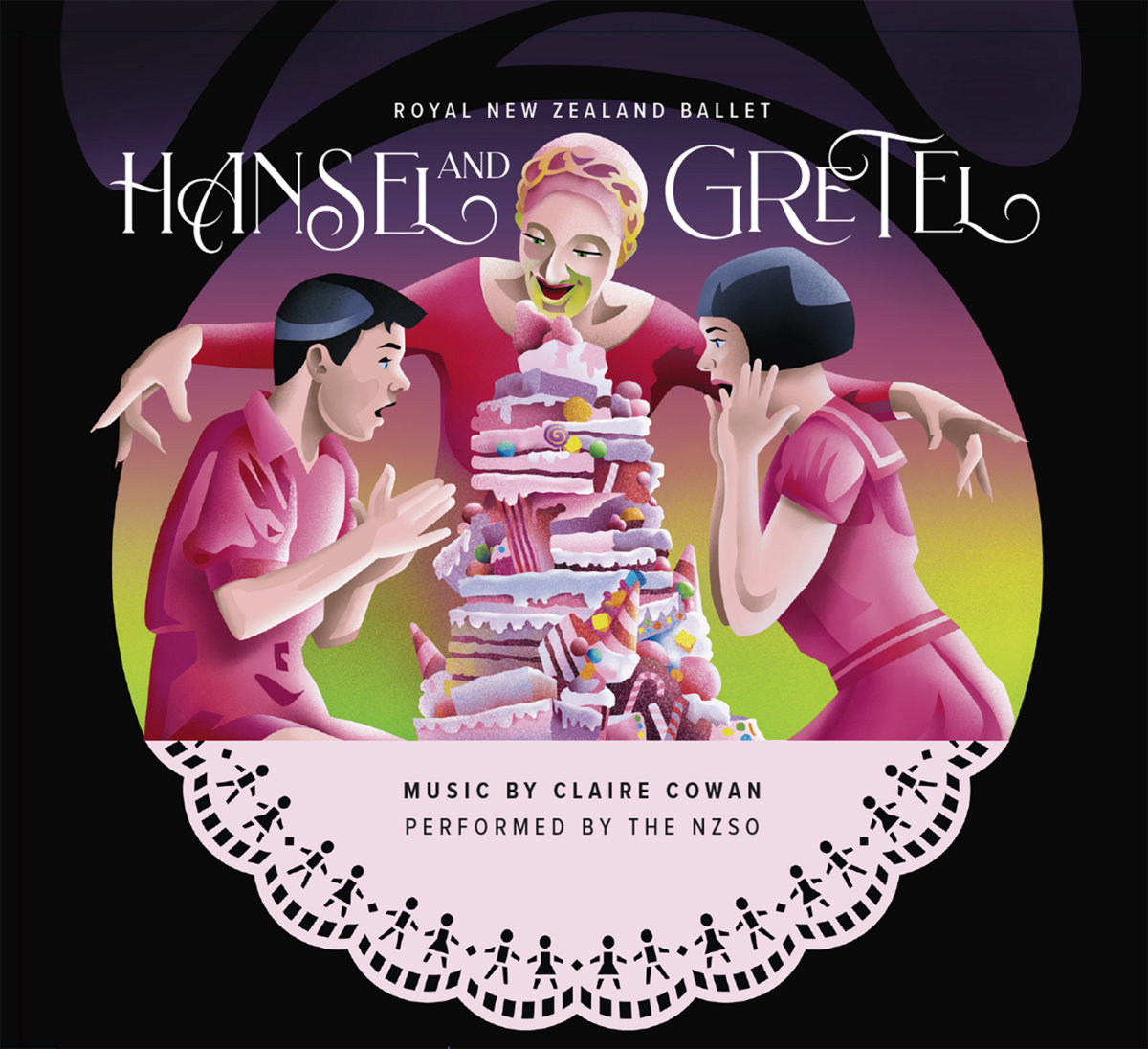 When The Royal New Zealand Ballet commissioned Composer Claire Cowan to write the score for Hansel and Gretel in 2019, she became the first woman in NZ to compose a full-length ballet, and one of only a handful of women worldwide to do so. Her brilliant score won the hearts of nearly 30,000 ballet fans, who flocked to sold out theatres around the country over the five week tour. Later on this audience was expanded to viewing online during Covid-19 lockdowns – where close to 150,000 households tuned in to watch the production. Online audiences only missed the scent of gingerbread that was piped into the theatres during the 2019 season, just one of the many innovations in the exciting new treatment of the classic tale.

The NZSO heard Claire’s score and offered to sponsor the players for the recording, recognising its merit and historical importance. Cowan raised the rest of the funds through a significant Crowd-sourced Boosted campaign, attracting hundreds of donors over a five week period in level 4 lockdown. The 110min double-Album has been recorded at the Peter Jackson owned Stella Maris Chapel on the cliffs of Seatoun, Wellington, with Park Road Post’s head-of-sound John Neill Producing. Hamish McKeich, conductor in Residence with NZSO and RNZB conducted the recordings.

Two days into the recording sessions in August, a second wave of Covid-19 broke in the community in Auckland, halting progress on the album, stranding the composer in Wellington and causing ongoing delays and costs. Six return trips later, finally the Album is ready for release, just in time for Christmas.

The cinematic score is written for an orchestra of 50, including Saxophone, Keyboards and a percussion section filled with pots and pans, musical bones, and bicycle horn. The ballet’s setting of the 1920’s brings early jazz elements into the score, with a heavy sprinkling of broadway sass. The ballet is choreographed by Loughlan Prior, and the pair have developed a strong artistic partnership (Lo | Co) that has them planning future ballet and creative productions.

As a bonus final track on the Album, Cowan commissioned a version of the story in rhyming verse from writer Amy Mansfield. It is performed by actor and comedian/vampire Jonny Brugh (What we do in the Shadows, The Educators) atop a soundbed of music from the ballet.

Legendary NZ Illustrator and Art deco specialist Stephen Fuller provides the artwork, working alongside his wife and designer Di Fuller for the innovative ‘pop out’ double CD. The pair have worked together to create a stunning colourful vintage design, evoking the dark and sugary production design by Kate Hawley, and illustrations of the original cast and choreography within. Their attention to detail and love for the style of the era make the Album a treasure to cherish.