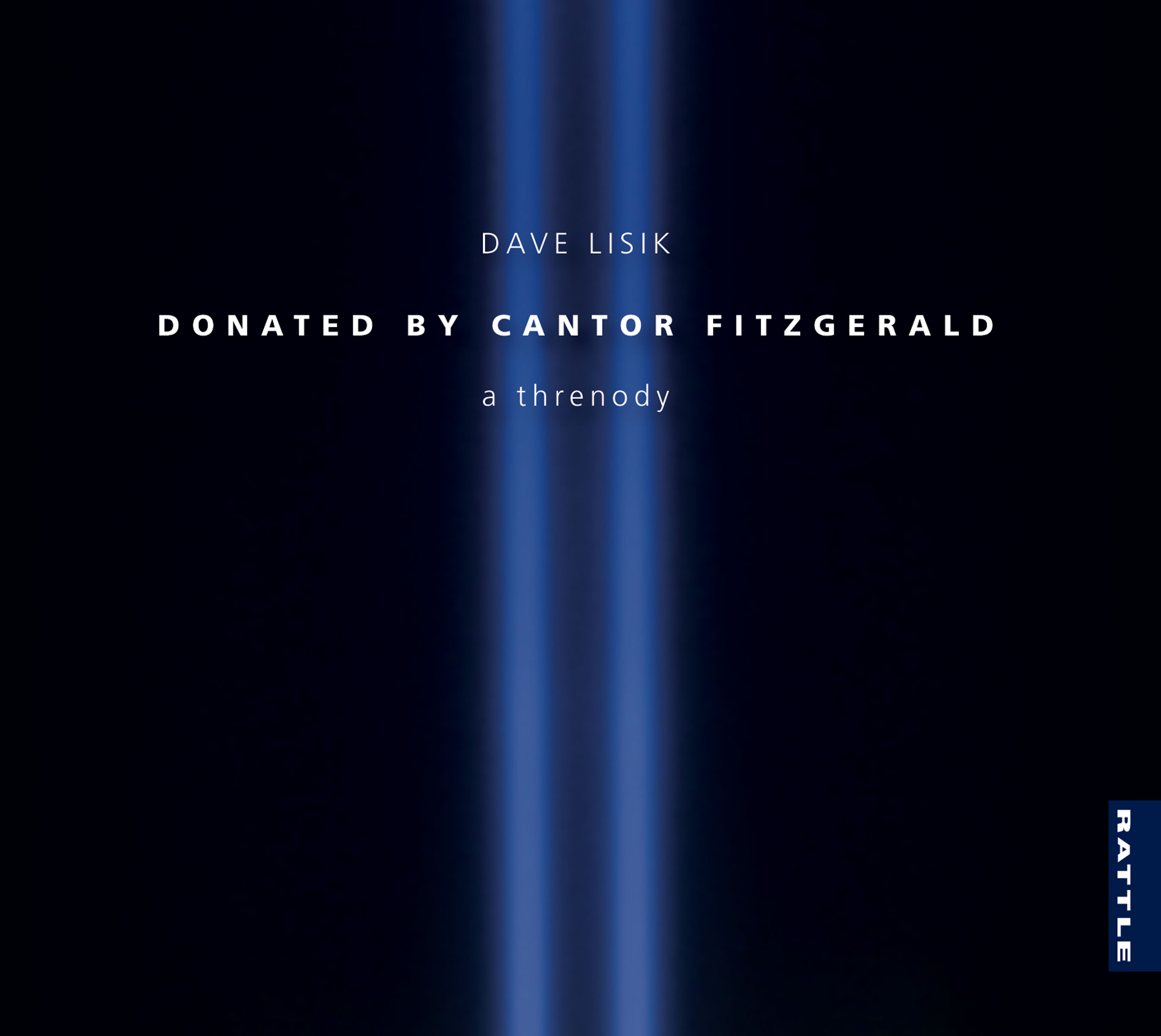 'Donated by Cantor Fitzgerald: a threnody' is a single movement, 60-minute work for a small, mixed chamber ensemble of improvising musicians and electronics. Originally conceived in 2001 as a work for mixed chamber orchestra, and eventually evolving in scope and conception, this recording was prepared for the 10th anniversary of the terrorist attacks on New York and Washington.

Most of us will have vivid recollections of those events, and some will have significant stories of life-changing experiences. All loss of life under tragic circumstances is significant to those involved, but the story of Cantor Fitzgerald (a financial firm that lost all of its employees who were in the World Trade Center at the time of the attack) seems particularly absolute.

Sarah Ferguson was in New York's Times Square the morning of September 11, 2001, appearing on ABC’s Good Morning America, when terrorists flew hijacked planes into the World Trade Center. Her charity, Chances for Children, was located on the 101st floor of One World Trade Center, where she was late for a meeting. None of the charity's employees were trapped in the building but nearly 700 employees of Cantor Fitzgerald, the financial firm providing free office space to the duchess' charity, were killed in the aftermath of the attack.

for jazz quintet
by Dave Lisik in 2011